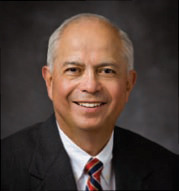 The conciliatory attitude toward Indian Country put forth by the Obama administration was directed in large part by one man—Larry Echo Hawk, the assistant secretary for Indian Affairs in the Interior Department, a position usually referred to as the leader of the Bureau of Indian Affairs. So, it was something of a surprise last month when Echo Hawk submitted his resignation to Interior Secretary Ken Salazar.

Echo Hawk has been appointed to the Quorum of the Seventy of the Church of Latter Day Saints, or the Mormon church. The announcement was made in Salt Lake City following the church’s semi-annual general conference.

Salazar had nothing but praise for Echo Hawk.

“With Larry Echo Hawk’s leadership, we have opened a new chapter in our nation-to-nation relationships with American Indian and Alaska Native tribal governments, and reached many milestones that are helping Indian nations pursue the future of their choosing,” Salazar said in a statement.

Echo Hawk was appointed to lead the Bureau of Indian Affairs in 2009. He hesitated at first to take the position, citing the government’s mistreatment of Indians for years. But he said he decided to accept so he could be an “agent for change.”

For Indian gaming, Echo Hawk was a catalyst for change. Replacing the Bush Administration’s penchant for inaction, Echo Hawk immediately took action on several applications for land-into-trust, tribal recognition and coordination with the regulatory agency, the National Indian Gaming Commission.

Laverdure is a member of the Crow Nation, and has served in a leadership role at Interior since 2009.