But battle for Australian gaming company still not over 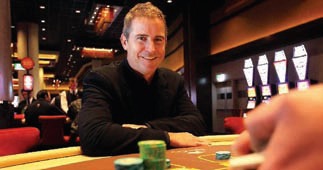 Before Larry Mullin came to Echo Entertain-ment—then known as Tabcorp, before a split of the company’s casino and lottery/bookmaking businesses—the Star City casino in Sydney was a dirty, old and money-losing venture. But as Echo Entertainment emerged from the split, the now-renamed Star Casino has undergone a dramatic 0 million transformation. The results brought a new profitability—and attention from Australia’s most powerful gaming investor, James Packer, owner of Melbourne’s Crown Casino and other ventures, including a partnership with Lawrence Ho in Melco Crown, one of the concessionaires in Macau.

Mullin resigned last month after a tumultuous year that began with the firing of one of his managing directors under a cloud of sexual harassment allegations that eventually involved the New South Wales prime minister’s office.

Meanwhile, Packer, who holds a 10 percent stake in Echo, began attacks on board Chairman John Story, who stepped down in June to be replaced by Packer crony John O’Neill. Earlier in the year, Packer began floating an idea of a second casino in Sydney’s Barangaroo section.

Also leaving with Mullin was Echo Director Brett Paton, who sources say had butted heads with rugby magnate O’Neill since the new chairman took over.

O’Neill also admitted that the company still has some “issues” it needs to address now that the Star transformation is complete.

“As a board, we collectively looked at what had been achieved and the challenges that lie ahead,” O’Neill said. “We agreed that we were entering a new phase, moving from building a platform to using it as effectively as possible. We agreed that if there was to be a change of leadership, this was to be the time.”

One of the issues O’Neill must deal with is a perception that Echo is ripe for a takeover, either from Packer or from Malaysian gaming giant Genting, which also holds a 10 percent stake in Echo. Both companies have applied to regulators to be able to increase their holdings to as much as 25 percent.

As for the Barangaroo casino, the NSW government would have to change the monopoly arrangement it has with Echo.

“We’ve got the exclusive license here in NSW until November 2019, and our primary focus is to ensure that exclusivity is maximized to the greatest extent possible,” says O’Neill. “We know nothing more about Barangaroo than what’s been in the media, and we wouldn’t be pursuing any opportunities, anywhere, that didn’t add significant value to shareholders.”