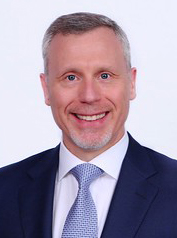 Earle Hall is one of the most respected technology providers in the industry. He is vice chairman of the International Gaming Standards Association, and has been running the groundbreaking AXES.ai for more than 10 years. The company is a leader in innovative casino management systems and cashless transactions, and an advocate of the use of blockchain in gaming. He sat down with GGB Publisher Roger Gros in January at his offices in Las Vegas to talk about his company and its recent success.

GGB: It sounds like you had a great year for AXES.ai. Give us a little background on which product or platform has really driving this success for you.

Earle Hall: Like one of my board members recently said, “Earle, you guys have been an overnight success that’s been 10 years in the making.” That’s probably true, but we showed up way before the industry really needed us, and we were serving niche markets. But 2021 has been the year of cashless in the United States, and that’s the reason we’ve started to educate clients on the difference between open and closed loop, because we’ve been doing closed loop forever. We started talking to them around 2013, but that being said this year, everybody started to turn towards a transactional cashless client, which works best in an open loop system.

Let’s talk about cashless transactions—how does your product work?

Because of the fact that we’ve been doing closed loop since the beginning of the company, we have developed a complete stand-alone, cloud-based system. We have our own TITO smart card plug-ins. When you’re in a closed looped environment, it means all the parts work together already. We have a cloud that has data collection alerts and events management automatic reporting. The cashless aspect is just another piece of what we built. So in the closed loop environment, whether you want to use TITO, whether you want to use smartcard, even though we’ve had our players app available since 2013, not very many clients were using it—until Covid and the connotation that cash carries. All of a sudden people started looking towards our app.

Do you work with other cashless providers like Sightline Payments or Everi?

Not yet. We are still evaluating the most efficient and frictionless open-loop solutions for each jurisdiction. Our vision since the beginning is that we will provide the most efficient ways of getting the money to the casino and the players… We provide every other piece except open loop for now; as for the open- loop piece, you need a strong, viable, integral company such as Sightline to do it. On the closed-loop side, we have clients in more than 40 countries, with millions of transactions a day on our cloud infrastructure. But as the open loop becomes more important and clients call us and say they want to give their players the ability to put money in the machines directly from the player’s app, that’s where we reach out to the regional open-loop players and ask if they want to plug in.

Tell us about your AIMS casino management system. How is it different than the traditional systems?

First of all, it’s sitting in the cloud, so there’s no hardware except a small black box, which is its trade name, sitting inside of the slot machine. It’s an IoT device that picks up the all the data from the slot machines regardless of the language or the viability of the data. Our IoT device collects the data, encrypts it and sends it to the cloud with our proprietary protocol that is ultra-secure, lightning fast and respects military-grade communications. So if a client needs a specific report that nobody else in the world needs, our development team does it and they populate it into the cloud. So our clients are updated as often as or even faster than Netflix.

Tell us about a partnership you forged in 2021.

Last year we built a really interesting strategic alliance with a company called QCI, which was co-founded by Andrew Cardno, one of the most brilliant minds in gaming. We migrated in all of their business intelligence tools into our system, and it really is bringing all of our data to life in AXES.ai. By the way, the AI doesn’t stand for artificial intelligence; it stands for actionable intelligence. So in other words, it’s great to have loads of data. It’s great to have algorithms, but if they’re not telling you what to do to be better, safer, faster, more profitable, well, they’re not really worth anything.