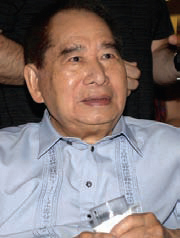 Melco Crown Entertainment is boosting its investment in a casino resort on Manila Bay by 30 percent above the US.3 billion earmarked for the massive project.

The increase from $630 million to $680 million for the resort’s first phase came after a regulatory change went through to permit more gaming positions, and coincided with an official announcement of the property’s new name—City of Dreams Manila.

The resort, slated to open next summer in a specially zoned district in the capital known as Entertainment City, will also include a 260-room luxury hotel under the Crown Towers brand owned by Ho’s Melco partner and co-chairman, Australian gaming tycoon James Packer. It will be one of three hotels at the property.

For Melco the resort—formerly known as Belle Grande Manila Bay—is its first foray outside Macau, where it owns two casinos and is building a third. Its partner in the project is Philippine property conglomerate Belle Corp., which is controlled by the country’s richest individual, Henry Sy.