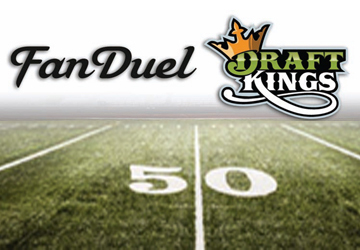 Bloomberg News cited unnamed sources in saying the merger was imminent and that the new company would be run under DraftKing’s CEO and co-founder Jason Robins. FanDuel co-founder Nigel Eccles would be chairman of the board for the merged company. The board itself would draw evenly from both companies, Bloomberg said.

ESPN News also confirmed the discussions. The two companies offer almost identical fantasy sports contests, and investors in both companies have been urging a merger for months, the report said.

The companies would also be able to unify their efforts to have DFS contests legalized in U.S. states. The two companies have been fighting a state-by-state battle for regulatory approval and legislation in more than 30 U.S. states for more than a year.

According to Bloomberg, one major stumbling block for the merger has been which of the two companies’ CEOs would run the merged company. No reason was given for Robins being chosen, and sources told the news service the deal leaves open the possibility of hiring an outside executive to lead the companies.

After a merger, the new company would likely start another round looking for new investors.