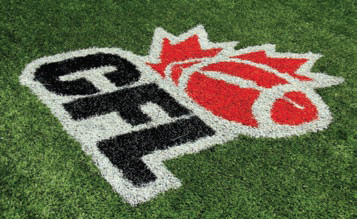 With most of its battles in state legislatures on hold for the summer, DraftKings announced a new partnership agreement with the Canadian Football League.

The deal represents a first for DraftKings with a Canadian league, though the site does have an existing relationship with Maple Leaf Sports and Entertainment Ltd., which owns the NHL’s Toronto Maple Leafs, the NBA’s Toronto Raptors and MLS’ Toronto FC.

The alliance means the CFL will be featured on a major DFS site for the first time.

DraftKings currently has several free-to-play contests that offer tickets to CFL games as prizes. The company said in a press release that “the CFL will be fully integrated across DraftKings digital properties, including online and mobile,” and that the contests will be a visible presence “across the league’s media and promotional platforms.”

DraftKings also began offering paid contests for the league’s opening week, which started June 23. The partnership is initially for just the 2016 season, but could evolve into a long-term deal, the release said.

The move comes after reports surfaced that DraftKings’ launch in the U.K. has not been gaining traction in the competitive gambling market there. The Associated Press quoted several U.K. analysts that DraftKings has gotten off to a slow start since launching in Britain in February.