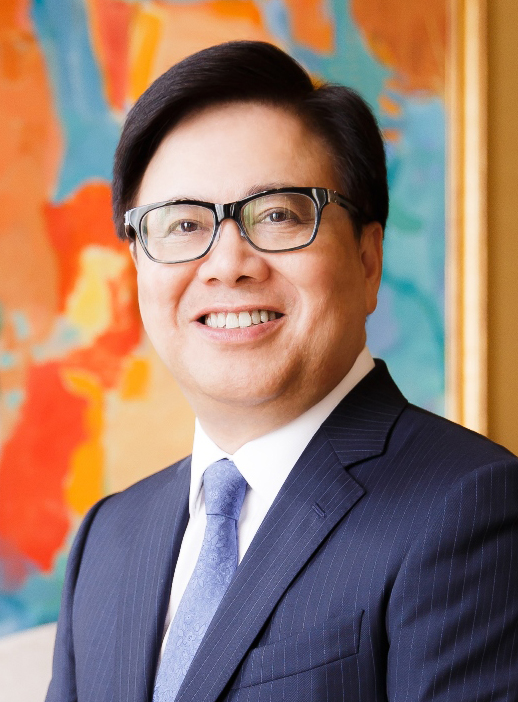 The Sands China empire in Macau is vast and varied. The leadership of the company requires knowledge of all the elements of an integrated resort. And Sands China has multiple IRs. Dr. Wilfred Wong was appointed president almost two years ago, marking the first time an ethnic Chinese was put in charge. Wong has presided over the construction and opening of the Parisian, the latest must-see attraction in Macau. Wong met with GGB Publisher Roger Gros at his offices in the Venetian in May.

GGB: Explain what impact the opening of the Parisian has had on the other Sands China hotels, and on the company as a whole.

Wilfred Wong: This latest addition to the Cotai properties really complements what we already have. The Parisian is a themed resort and particularly targets the mass market. We think that’s where the growth is, and the performance of Parisian after its opening testifies that this is the right approach. We have a retail mall that is targeted at fashion. We have another 14 to 15 F&B outlets. And of course, we have all kinds of non-gaming amenities. We built a half-size replica of the Eiffel Tower. We have a themed swimming pool, and a children’s play area.

What people normally worried about is whether there’ll be any cannibalization of the business, and in fact, what we saw was, there was no cannibalization. There was a net increase in our business volume, the revenue, as well as the overall growth of the Cotai property.

What has been the reaction of the customers to the property?

The reaction has been good, because we really targeted this property as an affordable luxury. It is luxurious but also affordable. And a lot of the visitors come for the MICE business. They like the theme, they like the public space, they also like the gaming and non-gaming facilities. And a lot of them like the restaurant in the Eiffel Tower, which is unique.

How did you handle staffing the resort?

We have a mix of about two-thirds experienced staff, and one-third newly recruited. So, of the 6,000 employees, 4,000 had worked in our properties before. And this really gave us the opportunity of assembling a very effective team, from day one. We started training six months before opening, so, from day one, there were very few hitches.

The mass market is still very much the growth area. The market has been growing very fast, and we grow faster than the general market. So, we are focusing still a lot on the mass market, where the contribution to profit is better. But, we never forget about the VIP segment, which is equally important. We remain very competitive. We still try to improve our services to our VIP customers. So I would say that we’re trying to cover both the VIP and the mass segments, but obviously, with all the non-gaming facilities available, we have a better chance of growing the mass market than the other competitors.

The Hong Kong-Macau-Zhuhai bridge is getting close to completion. When the bridge opens, how do you expect that to operate, in terms of how the ferries have operated in the past?

We are in constant touch with the Macau government. I think at this stage, they are still talking to the Hong Kong government on how the bridge would operate. I envisage that there will be a limit on the number of private vehicles being allowed into Macau, because Macau is a small place, but there should be licensed shuttle bus routes, which will be able to take passengers straight from the Hong Kong airport to Macau. And hopefully, that is going to overcome one of the major hurdles that the MICE event organizers normally face, and that is you have to clear customs twice.

I think Zhuhai is going to be another important link, because the high-speed rail in China goes to Zhuhai, and if we have the bridge, we can have shuttle buses picking up passengers from the rest of China, through that bridge, to Macau. That’s also very good for our business.

Is it difficult to really get the message out to Chinese markets, because you can’t even mention gambling in China?

Well, if you look at the building area of our properties, only 5 percent is gaming and 95 percent is non-gaming. So, it’s not difficult for us to show that range of services and facilities that we are offering. Plus, the entertainment that we’re promoting really gives us an edge in any overseas promotion.

There have been some reports in the media that the government may require all Macau operators to reapply when the concessions start expiring in 2020. What do you know about the process?

We haven’t heard anything from the government. Obviously, it’s getting closer to the period where the government needs to tell us what to do. But certainly, the government is having to evaluate the huge amount of money that all six of us have invested into making it work, and especially in contributing to the community of Macau.

Any suggestion that there might be additional concessions issued?

We don’t know. And obviously, this has to take into account President Xi Jinping’s comment about Macau not over-relying on gaming. I think the government has to consider that.