Female executives play by an entirely different set of rules 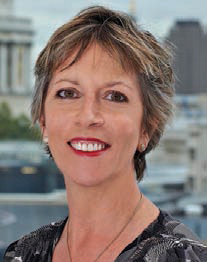 So many column inches have already been taken up with the issues surrounding more obvious male/female inequalities in the workplace. We have divergent views in the U.K. about whether this can be fixed by “quota” qualification, and my experience is that with a number of senior women executives balking at becoming a token diversity package (as opposed to merit-based), the solution remains elusive.

My own experience has extended from being in-house counsel at Ladbrokes to partner in a city law firm, and more recently as a non-executive director at Playtech PLC.

Women in the workplace can be their own worst enemies. Couple that with the challenge of being in the gambling industry (never shy of sexing-up a sell), and the issues magnify.

This has nothing to do with the dreaded maternity issues, by which milestone we will be weighed and checked, but by endless ways in which we do not navigate the workplace smartly enough. I do not hold myself out, by any stretch of the imagination, as someone who has done this well. However, I would say what we have is what we must work with, and what we do not have we must (if we have any scope to do so) do everything in our power to change.

What I would therefore suggest are tactics to cope with the system that currently exists in most firms, and suggestions of changes to policy thinking.

Of the former I would suggest:

• A good job done by a woman does not necessarily get rewarded, or noticed, even though morally it should.

If you don’t want to join the smug self-promoters, then get a mentor who will help you overcome the embarrassment. If there is no formal networking and mentoring system in your firm, then create one. It is not rocket science.

Spend the time and effort on your review periods with a proper dossier on all your value adds. Too many people regard the review to be an intrusion from “real” work. It’s as much a sales pitch for you as a tool for management.

• Regard your CV as a work in progress. Do not dig it out at the time you feel so disgruntled you want to leave. When you analyze what you have been doing as an outsider would see it, it can stop you getting stale and can be great for self-esteem. It can also get you out of the door quicker if matters really get unbearable!

• Raise your profile outside the organization you work for—publish articles, speak at conferences. You fly the flag of your employers (which always helps), but the networking can again provide a safety net should you need a job move to progress your career.

• Do not endlessly play the gender card. I am not suggesting we put up with everything thrown at us, but as we all know a man is “strong” and a woman “strident,” and I have seen too many (male) eyes roll in meetings when the gender equality issues are brought into every debate.

• Don’t cry. We have all done it, and it terrifies our male colleagues. Go for a walk, rant at someone outside work, but keep it away from the workplace. Most importantly, write down what has brought you to tears. Put it away and leave it for a week to maturely reflect on what caused the issue. Try and see how management would see it should it come to a formal grievance; and it will also have the advantage of being strong evidence because it was created contemporaneously.

• Do not put management in the position of having to say, “What do you want me to do? Fire him?” Try and find solutions. Management knows that the best teams comprise men and women and that it is the best interests of the company to have that mix, so depersonalize the complaint.

• Most importantly, never become sexist (and, at the very worse, an anti-female female). Help the women around you (they need it) but do not demonize any of your colleagues, male or female. Companies of (mostly) men can try to create gender-neutral environments, but there are wider societal issues in keeping women in the workplace.

The above are largely self-help suggestions. Without fundamental changes, it will still result in us losing many talented women who are simply ground down by the battles they face, and these unfortunately usually come down to maternity issues.

The problem is that companies have to incentivize women to stay. It is as if a maternity leave policy that is slightly more than a statutory minimum is the best they can do. Disrupted work schedules and part-time hours are difficult for the women and for the teams they work with, leading to the perfect storm—all in an environment where the pay earned largely is thrown on childcare and where there is no ability to advance a career while away from the office. In addition, and maddeningly, where their male partner may already be paid significantly more, making it doubly tempting to leave.

If a woman can ride a five-year period after her first child and probably second, she is much more likely to stay. Companies need therefore to make their absent or flexible working colleague feel really valued, and that her successful career is of critical importance to them.

Finally, it is not enough to hope for change. If any of us has the power to change something for the better of other women in the workplace, it is our real duty to do so.