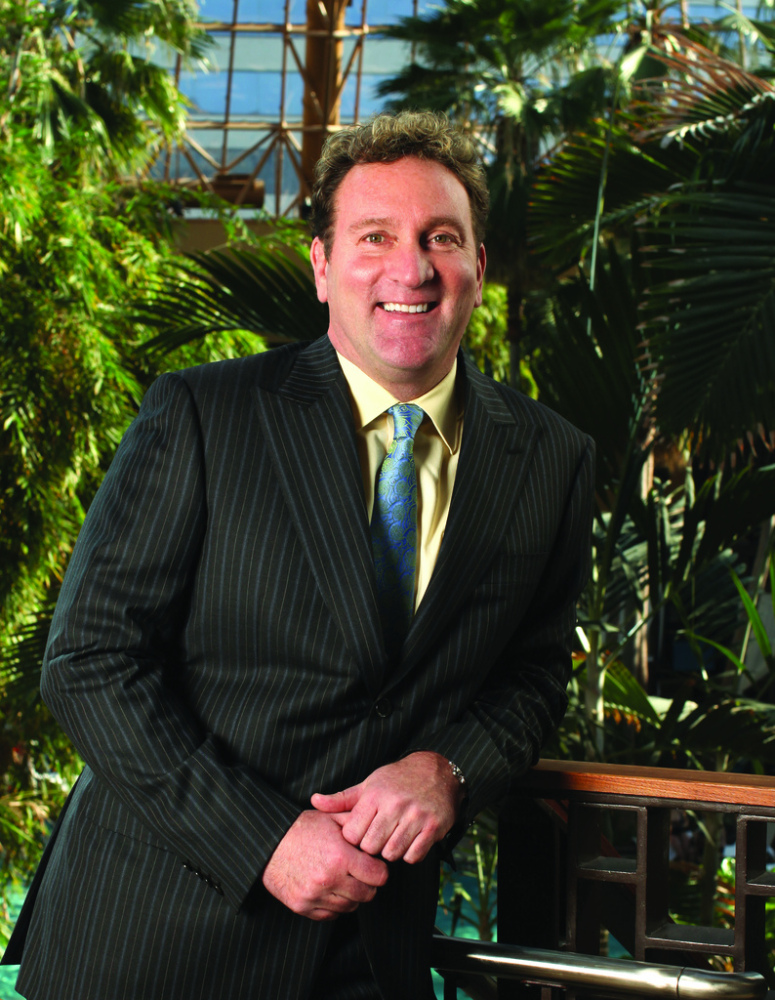 In October, Don Marrandino was appointed president of Harrah’s Eastern Division, responsible for the company’s Atlantic City properties and a racino in Chester, Pennsylvania. It was something of a homecoming for Marrandino, who grew up in a neighboring town and cut his teeth on casinos in Atlantic City. He later moved to Las Vegas, where he worked for the Rio, Station Casinos, Hard Rock, Wynn Las Vegas and finally as general manager of Harrah’s and the Flamingo. Known for his entertainment expertise, Marrandino’s latest claim to fame was bringing Donnie and Marie to the Flamingo, where their show has been a smashing success. In Atlantic City, Marrandino confronts a shrinking market with even more competition arriving daily. He spoke with Global Gaming Business Publisher Roger Gros at his offices in Atlantic City in December. To hear a podcast of the interview, go to www.ggbnews.com/podcasts.

GGB: What is your impression of the overall climate of the city since you’ve been here for a few months?

Marrandino: The great thing is we’ve established a rapport with the mayor and a lot of leaders in the community and businesses. We’ve formed a committee, and everyone agrees we really need to change the way we do business here. We need to do a lot of things to fix up Atlantic City and get on equal footing to Las Vegas in a lot of different ways. I think everybody agrees with that. The environment feels pretty positive. Anytime you have a problem, the hardest thing is to admit it, right? I think we all agree on a lot of the same problems that we have. And the great news is they’re fixable.

Do you think Atlantic City needs to become very quickly the destination resort it has aspired to be for years?

Yes. The one thing we need to understand, too, is instead of saying, “Woe is me and there’s all this competition,” we’re still the second-largest gaming economy in the country. We also need to realize that one-third of the country’s population can get here within an afternoon’s drive. That’s another good thing. I’ve worked in environments where that wasn’t the case.

On a positive note, we have the train service ACES coming from New York and back and forth to Atlantic City. I’m also really feeling optimistic about the airport, the Atlantic City International Airport. That airport looks to be doing some pretty brisk business in certain areas-Atlanta, Boston, Toronto and some flights to Florida. It’s amazing how good of a service it is. You’re only on the tarmac seven minutes in Atlantic City. I’ve flown, unfortunately, a lot of out of Philadelphia lately, and the average time is 34 minutes.

In Vegas, you used entertainment to turn around Harrah’s and Flamingo. Obviously, you can’t have the resident acts like you did in Vegas, but how do you want to use entertainment to get more attention to Atlantic City?

Harrah’s did quite well forever. We just added to that. I think entertainment is the most important thing that we can do here, in that it speaks to people who wouldn’t normally come to the city.

Every time there’s an event at Boardwalk Hall that sells out 14,000 seats, it brings an excitement to the entire city. Will we see more boxing events like those that drove the market in the 1980s and ’90s?

Absolutely. Unfortunately, there’s not many great boxing events now, but Atlantic City used to own them. Hopefully boxing has not become a secondary, tertiary sport.

Unfortunately, we haven’t had UFC. I think Atlantic City would be a great place for it.

Do you believe it’s the non-gaming amenities that are really going to make Atlantic City stand out, now that everybody’s got gambling in every state surrounding the town?

One of our problems has been you can never get a hotel room on a Saturday night. Well, you can now. We’re making sure that we’re pricing our rooms for the people who want to buy them. We’ve priced our restaurants here in the city for comps, not for cash people. We need to change that. We need to add more entertainment to people who are not necessarily just gamers. We’re doing that. We need to get the Boardwalk Hall to be a flourishing concert venue. It hasn’t been, and it needs to be. When we can get 14,000 people here-the bartenders, the waiters, the busboys, you name it-we all make money. Not just the casinos. Everything that I’ve said since I’ve been here has been talking about the city, not talking about our properties. If the city doesn’t prosper, it’s not going to be a great story. I think that’s what we’re really preaching.

What does it mean for you to be coming back here? You started your career here and spent so many years in Vegas being successful at different companies, and you’re coming back here to revive the fortunes of the company you work for. Is that important to you?

That’s a bit overstated, but I think there’s an opportunity. If I was a football coach, and somebody said, “Hey, Belichick’s retiring, do you want to go coach New England?” I don’t think I’d be too psyched about going to New England, because if I lost five games, I’d be a bum.

My dear friend (Penn National Gaming President) Tim Wilmott recently made the comment about the “death spiral of Atlantic City.” Well, wouldn’t it be nice to have him come up and say, “Wow. You guys did a great job?”

Our team’s focused on it. There’s going to be hard times in the near future. The Pennsylvania table games will really be a body shot to our table-game employees here. I think it’s important that we all work together. We’re going to keep swinging really hard.