Vietnamese citizens will be permitted to gamble in nation's casinos 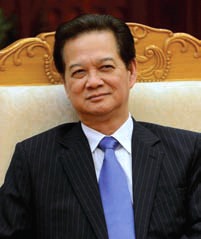 Vietnam’s Ministry of Finance is soliciting feedback from government ministries and the private sector on the draft of new gaming regulations that propose allowing the country’s citizens to enter and gamble in casinos for the first time.

The draft contains a provision for allowing citizens age 21 or over to enter casinos subject to conditions that have yet to be fully spelled out, but which would require that they meet certain personal financial criteria.

Thanh Nien Daily said the decree has been submitted for approval to Prime Minister Nguyen Tan Dung, who also will select which casinos will be eligible.

Gamblers will be required to present documents proving they are eligible before entering a gaming venue, according to the draft. These documents will include identity cards in the case of locals and passports and visas for foreigners and overseas Vietnamese. It is possible domestic players also will have to pay a Singapore-style entry fee.

Currently, the country’s seven casinos are open only to foreign-passport holders, and various attempts over the last several years to modify the restriction have been unsuccessful in the face of political opposition.

The Vietnamese are passionate gamblers, and thousands flock every day to the casino at NagaWorld in Phnom Penh and to smaller casinos along the Cambodian border, an exodus from which Vietnam derives no taxes or economic benefits. The Communist ruling party, however, has always been ambivalent about the industry, and the country’s first casino, the Do Son, didn’t open until 1996 as part of a pilot program in the northern province of Hai Phong. Quang Ninh, another northern province, has two casinos, in Mong Cai City and Bai Chay. Bac Ninh, Lao Cai, Da Nang and Ba Ria-Vung Tau provinces each have a casino.