What the finances of Pinnacle Entertainment say about the company 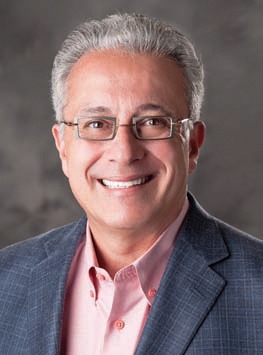 Former football coach Bill Parcells had an expression that cut to the heart of how good his teams happened to be: “You are what your numbers say you are.”

Thus it is with companies. Investors can be bullish or bearish. Executives can explain away financial results and factor in or out any unusual items they please.

But in the end, whether a company is a good investment comes down to some simple numbers, plus the intangible qualities of vision, leadership and competence.

In the case of Pinnacle Entertainment (PNK), the numbers are going in the right direction, and there’s reason to believe that will continue.

There’s also reason to think that many investors are worried enough over growing competition, the economy and what they like to call execution that PNK’s potential isn’t fully factored into the stock price.

Let’s look at some of the numbers.

CEO Anthony Sanfilippo is relatively new on the job, having arrived in March 2010.

He inherited a company that was oriented toward building projects, not operational efficiencies or effectiveness.

As a consequence, PNK didn’t convert much of its revenue to cash flow.

Sanfilippo, who had a career of operational experience in regional casinos at Harrah’s, changed that.

EBITDA margins as a percentage of revenue grew from 17.2 percent in 2009, the year before he arrived, to 24 percent in the 12 months ending on June 30 of this year.

All the while, PNK invested $465 million in growth projects that will soon begin generating revenue.

And yet, the amount of debt in relation to cash flow actually declined from 6.5 times EBITDA to 5.2, and the company is targeting a ratio of 3.5 to 5 times despite spending even more on future growth projects.

So, has all the improvement been achieved?

Sanfilippo points to his new management team that has achieved the improvements—19 of the top 20 executives are in new positions or are entirely new to the company—and says progress will continue.

Another way to look at earnings growth is return on investment.

PNK says its minimum threshold is a return of 15 percent on investment. The company has $750 million in recent and planned expansions and renovations in the U.S. At 15 percent, that’s $112.5 million, or another 40 percent growth.

And, that is based on a 15 percent return. Some properties could exceed that.

Nor does it include the potential of Vietnam, where Pinnacle owns 26 percent of a planned multi-property resort. That opens next year with an MGM Resorts casino-hotel as the first property.

Nor does it include the impact of Ameristar building a casino in Lake Charles, Louisiana, adjacent to PNK’s L’Auberge. That could transform Lake Charles into an even stronger draw for Houstonians and other East Texans.

In addition, PNK is acquiring 75.5 percent of Retama Park racetrack in San Antonio. That is both a hedge against increased competition to Lake Charles, if Texas legalizes casinos, and a potential gold mine of its own in one of America’s fastest-growing cities if Texas does legalize.

Of course, there are those concerns about competition, the economy and execution.

Increased competition will affect PNK in several markets. The company’s bet is that its growth projects will more than offset any losses.

Belterra 40 miles west of Cincinnati, for example, will feel the effect of Horseshoe casino opening in the heart of the city. But PNK’s own $250 million suburban River Downs slots casino could more than offset any losses.

As for the economy, a case can be made that it is on the mend and recovery is accelerating.

Execution is always a risk. So far, the evidence of whether PNK can execute its growth plans are in Sanfilippo’s positive track record to date.

Finally, there are the intangibles of vision, leadership and competence.

The team Sanfilippo has assembled, and operational and financial improvements achieved so far, speak to the latter two components.

Vision, and a strategy to implement it, can be seen in affordable growth, efficiencies and more effective marketing and brand-building, and in turning gaming legalization from a threat to an opportunity, as in Cincinnati, and potentially in Texas.

Sanfilippo puts it more simply, boldly declaring on the homepage of Pinnacle’s corporate website that his company’s objective is “To Be The Best In The World.”