Where are the women in regulatory roles? 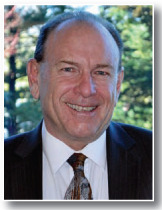 There are two notions foundational to the essence of gaming regulation. The first is the notion of a suitable means or method of operation, and this is something of a catch-all phrase that basically is intended to cover any inappropriate behavior on the part of industrial participants that isn’t specifically covered in the statutes or regulations.

The second is a commitment that industry participants demonstrate a high level of character, honesty and integrity. And while agency after agency appears to demand these standards of the people they regulate, there appears to be a belief that these same standards do not apply to the regulatory entities themselves.

Many of these agencies, it seems, are practicing the notion of “Do what I say, not as I do.”

The roots for this dilemma date back, it seems, to Queen Anne, who was one of the first world leaders to address the notion of gaming regulation. Back in the early part of the 18th century, the good queen was bothered by the behavior of many casino operators within and about London, argued to be associated with excessive drunkenness, prostitution, inappropriate credit practices, cheating and the like. The queen’s solution to this was to appoint a group of “fit and proper gentlemen” to oversee the casinos. Well, Queen Anne got her wish, for we are overwhelmed in our regulatory leadership with gentlemen.

Furthermore, the Nevada Gaming Control Board has been around since 1955, has three appointed members, and has had in its entire history one woman member who stayed for one year and eight months. That means that in 183 board-member years, a woman has been a member for 1.66 years, or less than 1 percent of the time.

And for the last 61 years, the rate of a woman being on the Nevada Gaming Control Board is less than 1 percent. I do pray that this is not the reason they often refer to themselves as the Gold Standard.

If one has concluded that I am being critical of these regulatory agencies, I am glad they have continued to read, for I am not. I believe that in the agencies I have mentioned, the men, and the occasional women who occupy the top spots are honorable people, and they answered the call to serve their jurisdictions.

The logical target would be the politicians, for they are the ones making these appointments, but the politicians operate at a distance from the industry and are seldom alive to the details of its existence. It is also probably normal to expect a political system dominated by a bunch of men to develop regulatory agencies in their image.

Imagine walking into a casino and seeing that fewer than 1 percent of the employees were women, and the history of the organization was to not hire more than 1 percent women. At some point the regulators would probably question this operator using the dual challenge of not being a suitable means of operation, and not operating with an appropriate level of character, honesty and integrity.

Yet is having a public organization that seemingly openly discriminates against women in the top spots a suitable means of operation, and reflective of sound character, honesty and integrity?

The catch phrase of the modern era for industries is sustainability, and in gaming, a regulatory agency is a critical component in ensuring sustainability for the industry. One then wonders how long the people who control our regulatory agencies are going to continue working to exclude women from the top positions.

Furthermore, is this really what the industry wants? The gaming industry is being run by a bunch of people like me, elderly men, and this ancien régime should soon wake up, for to co-sign and support such blatant discrimination is not a sustainable position.