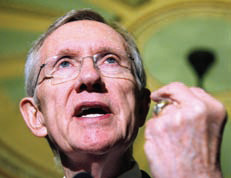 The daily fantasy sports industry is being rocked by allegations that employees of the sites are using information not available to the public to play on rival DFS sites and win cash.

The scandal erupted after a DraftKings employee admitted to inadvertently releasing data on player ownership among site players before the start of the third week of NFL games. It was also revealed that the employee had won $350,000 playing on rival DFS site FanDuel. His initial entry fee was reportedly $25.

That led to allegations that employees of fantasy sites are essentially using inside industry information to play on other sites.

Scoring on DFS sites is done through algorithms the employees of the sites set themselves, so having the information beforehand—the list of player ownership was not supposed to be released before games were played—would give employees an advantage, critics charge. Armed with the knowledge, for example, a DFS player could pick NFL players not widely in use, but expected to perform well that week.

Both FanDuel and DraftKings have issued identical statements saying they have policies against such use of information and defending the integrity of the sites.

The scandal comes as the DFS industry has been drawing the attention of gaming regulators and federal officials. Over the last few months, sports broadcasting has been inundated with a constant stream of advertising for the sites promising big-money prizes. Combined, FanDuel and DraftKings spent an estimated $107 million on advertising in September.

That has caused regulators in Massachusetts, California and Nevada to say they are taking a closer look at the industry.

Further, attorneys general in New York, Massachusetts and Florida have begun investigations into the DFS industry.

Major League Baseball, which has an investment in DraftKings, reacted, as well.

“We were surprised to learn that DraftKings allows its employees to participate in daily fantasy games,” the league said in a press statement.

A spokesperson for the league told Bloomberg that league officials have discussed the matter with DraftKings and that baseball players and employees are prohibited from participating in fantasy baseball games where prize money or other items of value are awarded.

New Jersey Congressman Frank Pallone has already called for a House of Representatives hearing on the daily fantasy sites. Pallone was prompted by the saturation advertising for the sites on TV in recent weeks, and has asked how betting on the performance of an individual athlete is any different than betting on a team in traditional sports betting.

Pallone is the ranking Democrat on the House Energy and Commerce Committee and a spokesman for the committee—which is controlled by Republicans—told Reuters hearings could be held soon.

Since then, Pallone has been joined by New Jersey Senator Bob Menendez in asking the Federal Trade Commission to look into the fantasy scandal, Reuters reported.

Meanwhile, DraftKings CEO Jason Robins has said in several interviews in the wake of the scandal that the company is committed to creating an open and transparent environment.

“We have great records of when data is pulled, when communications were sent,” he said in an interview on Fox Business. “There was no wrongdoing.”