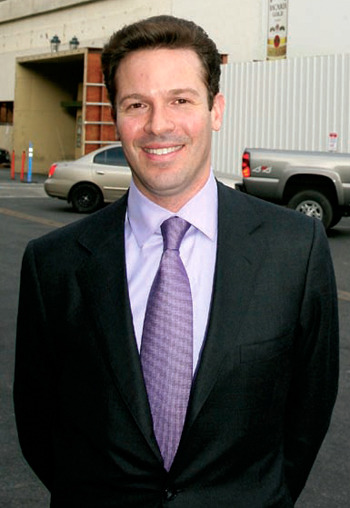 Raised in the shadow of Steve Wynn, it’s really no surprise that Seth Schorr fell in love with the gaming industry. Schorr’s father, Marc, has been a Wynn top executive for more than a decade, so Seth comes by his affection for the industry honestly.

His experience with Wynn Resorts in several different capacities led to a career of entrepreneurism that was launched when Schorr and a group of advisers and investors bought the gritty North Las Vegas casino Speedway, which he rechristened Lucky’s. But after Schoor took over in late 2007, Lucky’s became unlucky. Schorr learned his first hard lesson in the gaming industry. When the Las Vegas construction industry crumbled, many of the Hispanics who lost their jobs at that time moved on to communities that offered more opportunities, and the once-healthy core of customers disappeared.

“Things have gotten better in 2011,” Schorr said. “We’re growing in the single digits, but at least we’re going up.”

Schorr’s company has also added two more properties, the Silver Nugget and the Opera House in the unique market that is North Las Vegas.

But in 2011, Schorr’s Fifth Street Gaming was named as the management company for a shuttered Downtown Las Vegas property, the former Lady Luck, now owned by the CIM Group.

Now known as the Downtown Grand, the property is uniquely positioned between the Fremont Street Experience and the new Mob Museum, slated to open in early 2012. In addition, the corporate headquarters of the innovative shoe retailer Zappos.com is moving Downtown to the old Las Vegas City Hall, steps from the Grand. Add to that the synergy being created in the Downtown market with an expanded Golden Nugget, a massively redesigned Plaza and several other upgrades, and the Grand is the right place in what will hopefully be the right time.

“Although they are our competitors, we root for the Golden Nugget and the Plaza,” he says. “That said, we believe our property will be as nice if not nicer than anyplace in Downtown.”

With 10 restaurants and 10 bars and lounges—including several facilities in the same block if not the hotel itself—Schorr says it’s going to bring a new customer Downtown.

“All my friends can’t wait to have someplace to come in Downtown,” says the young Schorr, who grew up in Las Vegas. “It’s going to be the place to be with an energy unlike any place in Vegas.”

Schorr says the Grand and the North Las Vegas properties are just the start.

“We’re looking to acquire and manage a wide variety of properties,” he says. “We’re just getting started.”

But the ambitious plans for Fifth Street Gaming are just a reflection of what Schorr likes best about the gaming business.

“Creating experiences that hundreds of thousands of people can enjoy and remember is something very special,” he says. “To be able to do that and make money—especially with a limited checkbook—in a creative and innovative way is very rewarding.”