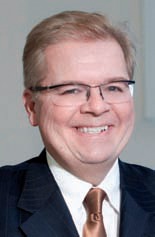 Despite his three-plus decades of success in the casino architecture and design industry, Paul Steelman, president and founder of the prestigious Steelman Partners firm, still never passes up an opportunity to learn lessons from 2014 that he can use to plan ahead for even more successful 2015.

“The downfall of Atlantic City has provided many lessons to be learned,” says Steelman, a native of the Boardwalk town. “Casinos can be successful when they are based on convenience gambling for a while, but for real long-term success the property has to be a true destination attraction.”

Steelman is putting this lesson into play with his designs in both domestic and foreign casinos to create a true “destination casino” experience.

“Gambling is a 600-year-old product that has remained relatively in the same form for 160 years,” says Steelman. “There isn’t any other form of entertainment that can really say that; you are constantly trying to reinvent other forms of entertainment.”

Steelman’s project list for 2015 definitely spearheads change and reinvention within casino design and architecture. On the Las Vegas Strip, Steelman Partners will be busy in 2015 creating the Asian-themed casino for Malaysia gaming company Genting.

“It is not a typical Las Vegas casino hotel,” says Steelman. “We are featuring real historical characteristics of an era on the façade design in the same style of the Forbidden City from the 5th century. This particular theme of old meets new has not been done in Las Vegas. We want to put people in that place at that time in history with access to modern conveniences and luxury.”

In Asia, 2015 will be just as busy for Steelman this year, as his firm is the design architect for Galaxy Gaming in Macau, which includes interior design as well.

“Thousands of hours have been dedicated to this next-generation casino design,” says Steelman.

Steelman’s progressive thinking has allowed 2015 to be a landmark year in an entire new industry—amusement theme parks. In Australia, his firm is leading design efforts for Wave Break Island, a multibillion-dollar theme park and integrated resort with 100 attractions on the most scenic site in the country. However, the majority of Steelman’s focus for 2015 will remain in the gaming industry as he eyes additional projects and Cambodia and even an opera-house theater in Ho Chi Minh, Vietnam.

Steelman Partners also is working in Russia, another gaming growth market, as well as projects in Central America and South America, capitalizing on the emerging trend of destination tourism.

“I learned from working with Steve Wynn that I am here to listen to my clients and customers to create the best possible design product for them,” says Steelman. “It is even more important now because we have to listen to our clients to learn their ethnic diversity and incorporate that into our design of the casino.”

What also excites Steelman about the industry for 2015 and beyond is the future of design, which includes more technology, brighter color schemes, interactive experiences and a more diverse clientele. Once again, Steelman is at the forefront of the industry.

“We want to be a leader in that digital design category,” says Steelman. “Innovation is all about designing, not what you want to work, but designing what is going to work in the future.”