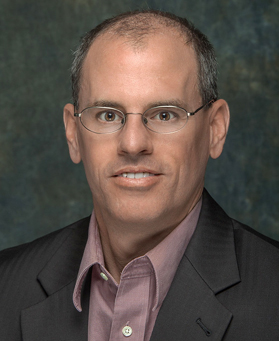 Derik Mooberry spent most of his career with Bally/Scientific Games/Light & Wonder, eventually leading the gaming division of Scientific Games. Six months ago, he was named president of Zitro USA, a company founded by Johnny Ortiz and led by corporate CEO Sebastian Salat. Mooberry is charged with spreading the word about the Zitro games in the United States. He spoke with GGB Publisher Roger Gros at the GGB offices in Boulder City, Nevada in June. (See video below).

GGB: Those of us who cover gaming know what great games Zitro makes, but there are quite a few operators who didn’t get the memo. How are you going to change that?

Mooberry: Yes, there are a lot of people who don’t know who we are. And now that we’re just entering the U.S. market, we need to emphasize that we’re a very well established international company with over 1,000 employees around the world. The company started back in 2007, and Johnny Ortiz has a tremendous passion for games and content and making great products that make customers happy. We have bingo roots where we had tremendous success throughout countries in Latin America, primarily in Mexico, and there are still some people who see us as a bingo company.

So when did Zitro begin making Class III games?

A lot of our recent success and expansion are in the Class III video slot area. It was probably about 2016 that the company started making the transition to doing video slots in addition to bingo games, and that’s really taken off. Our goal now is to get customers in the U.S. market familiar with who we are and what our products are.

Why do you think the time is right now?

It’s what we’ve seen in other markets around the world. In places like Mexico and Argentina and other key markets, we go head to head with the biggest and best—the Aristocrats, the Light & Wonders and IGTs of the world. And we saw that our products could perform and then in some cases outperform those competitors’ products. So that gave us the confidence. I think that our content, our games and our cabinet strategy are ready for the U.S. market.

Tell us about the Zitro R&D department, which is often the heart and soul of any slot company.

Yes, you’re right. R&D is the foundation of everything for every slot company. We have over 300 people working in the R&D department primarily based in Spain today. Our products are developed over there, but they’re developed in such a way that we have global aspirations when developing the products. So we’re looking at what the market requirements are in the different regions of the world that we operate in. And then even here within the United States, within the different states. You can see dramatic differences in how a product needs to get set up within something that might go in Oklahoma versus what might go in a casino in Southern California. So it’s a growing R&D team with a number of resources behind it, focusing on all the normal elements you would expect to build the great slot content.

Tell us about your cabinets. We saw them at the Indian Gaming trade show in April, and they really popped.

Our new Glare product line features four unique cabinets, all different form factors, four different content streams to go on each of those cabinets. The Glare line has enhanced side lighting so you see 4K resolution on the monitors, which really bring the characters to life. I think maybe the ultimate compliment for us was the number of competitors that came to the booth to look at some of our products.