GGB is committed to providing updated news and analysis on our weekly news site, GGBNews.com.
Podcast Q & A 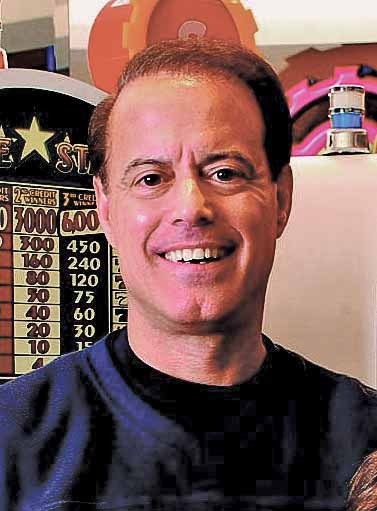 In August, Dennis Gomes announced that he had purchased Resorts Atlantic City. Along with partner Morris Bailey, an Atlantic City native, Gomes will invest million to buy the property from a consortium of lenders who have run it over the last year. A longtime Atlantic City booster, Gomes has operated several casinos in the town, including Trump Taj Mahal and the Tropicana. He correctly predicted that the future would be non-gaming amenities when he directed the construction and operation of the Quarter at the Tropicana, now one of the city’s hottest night spots and retail destinations. With Resorts, Gomes takes over a troubled property with plunging gaming revenues and an image problem. Gomes and his son Aaron, a partner in Gomes Gaming, spoke with Global Gaming Business Publisher Roger Gros in September to talk about how he will turn the property around and his overall views on the future of Atlantic City. To hear an audio podcast of the interview, which includes comments from his son, Aaron Gomes, visit www.ggbnews.com/podcasts.

Casino Connection: Tell us what it’s been like since you announced the agreement to buy Resorts.
Dennis Gomes: It’s been hectic and not at all like I thought it would be.

Some media have portrayed me as the savior of Atlantic City, and that’s not how I see myself at all. I’m just an operator who loves the business and loves the city. I’ve spent the last five years since I left the Tropicana trying to get back into operations in Atlantic City.

Tell us about your partner, Morris Bailey. He seems to really love Atlantic City as you do. Other than money, what does he bring to the table?
I first met Morris when he was applying for a license in the Poconos. He was looking for a gaming expert because he didn’t have any gaming background. He’s been a real estate tycoon for his entire life, and we met after I was recommended to him. We had an instant rapport. He’s a man of few words, a great human being and one of the most honorable people I’ve ever met. We went through a lot in the Poconos to try to get the license, but it wasn’t to be. We then tried to buy something in Atlantic City but we weren’t successful until now. Morris adds a lot to the equation. No one ever gave him anything, and he’s always maintained a humility that he had as a child in Atlantic City.

Resorts is a great hotel. Many people forget that the new tower was built after the Borgata opened, so many of those lessons were learned there. What did you find when you first started looking into this buy?
I hadn’t been there in a while, and I know that the public perception of Resorts hasn’t been good, especially in the last few years. But when I walked through there I was amazed. It was very well maintained and a lot of money had been spent to keep it like that. The new tower rooms are pristine, and they’re some of the nicest rooms in the city. The old tower has some great rooms too. We’ll put some flat-screen TVs in there, but there’s not a lot that needs to be done. The showroom is great, one of the best in the city. The restaurants are in great shape. Overall, I was shocked at how well the property had been maintained.

Since it’s in such good shape, do you believe that you do not have to reinvest any capital beyond the purchase price?
There are things that we want to do that will take additional capital. We’ll invest in rooms and restaurants. Most people don’t realize, but there’s a second floor in the new tower just above the casino. There’s escalators behind a wall leading up there. That second level is 30,000 square feet, with 25-foot ceilings. It’s a perfect space to do some fantastic things. We’re looking at a restaurants and nightclubs, some of the more famous ones that would help with your image.

Our belief is you have to provide people with a lot to do. We’re looking at a dining-entertainment concept that would add to the critical mass to get more people to visit. By the time we’re done, it’s going to be a very exciting environment with a lot of energy.

Resorts has actually done some rather innovative marketing in the past couple of years. The low-limit table games, “vintage” slot machines, affordable but unique entertainment… How do you plan to market the casino?
We’ve been thinking outside of the box. We don’t do the “traditional” things, so I think you’ll find us doing some really innovative things that the community will respond to.

What is your opinion of the Resorts disco-themed nightclub, Boogie Nights?
I was the first one to bring Dave Pena to the city. He was a dynamic young guy and he did the Planet Rose karaoke bar at the Quarter, which was a great success in a not-so-great space. So I’m one of his biggest fans, and I love the concept of Boogie Nights. It’s unique in the city. I think he’s a marketing genius.

But we want to be more than just that. We want to have something for everybody. The old days of having to be a high-roller joint or a grind joint and you couldn’t be in between, or you couldn’t be both? I don’t believe in that in the beginning. When I was at the Frontier early on, we were one of the biggest high-roller joints in town, but we were also one of the top slot joints. If you do it right, you can be something for everyone. That’s what we’re going to do. And we’re going to be the best locals place in the city too.

How would you remake the image of Resorts? Are you going to be satisfied with just deepening the existing demographics or are you looking to expand them?
I’ve found that the most successful form of advertising is word-of-mouth. So if we get people into the property, show them a good time, they’re going to tell their friends. They’ll come back with their friends and it will be a networking kind of thing.

We’re going to do some innovative advertising and marketing to get it started, so it’s going to be quite unique.

With the low purchase price, do you have a figure in mind for EBITDA or GGR or some other measurement that will allow you to break even or even start to turn a profit? What is your measurement of success there?
Historically, I’ve always been able to perform far above marketplace averages. There’s no reason I can’t do that here, as well. If I’m just able to do a few percent above the marketplace as I have done before, we’ll be making some pretty good numbers and have a tremendous return on our investment.

What advantage does the history of Resorts bring to you? Is it something you can use in your marketing schemes?
Yes, I think so. For me, it’s got a special place in my heart because I did the first investigation of the property and the owners when I worked as a regulator. But because it was the first casino in the city, that’s a plus, and it had a long history prior to that. In fact, Morris Bailey’s father had a shop in the old Haddon Hall, which is what it was before it became Resorts. So the story is “shop owner’s son comes back to buy the hotel.”

And the new program Boardwalk Empire on TV will play well with the history of Resorts. And if we play up the history, it’s something no one else can duplicate or copy.

What is the time frame before you take over?
It all depends on the length of time it takes to get the investigation process completed for licensing. We think this will go quickly. I’m already licensed, and my partner has been found suitable in Pennsylvania, so we know there are no problems there. There’s just a lot of logistics that need to be cleared away before we can move in. We’re thinking it can be done by early December.

Let’s talk about Atlantic City. You’ve been chairing one of the turnaround subcommittees for Mayor Langford. How has that gone, and what if anything has resulted from that effort?
When I first started, I didn’t have anything in the city. But I love the city, and Mayor Langford has been a friend of mine for years. People don’t know, but he was very instrumental in helping us get the Quarter opened on a timely basis. Without him, I’m not sure it would have gotten done. So when he asked me to participate, I was honored to do it.

It’s been a big success. We’ve got volunteers from almost all the businesses and organizations in the city, looking at things like entertainment, special events, public relations, cleaning up the city, government relations and more. We all have wondered why we didn’t do this before, but it took Mayor Langford to set it up.

How about Governor Christie’s plan? Did that give you confidence to complete the buy of Resorts, or was that going to happen anyway?
We were actually putting this deal together prior to the governor’s announcement, but we’ve used it as well. Aaron (Gomes) put together a PowerPoint presentation using the governor’s initiative, and it was very well-received by the potential investors.

Were you surprised that the governor was very realistic with the racing industry?
I was more than surprised; I was shocked that a governor of New Jersey had the courage not just to do what was politically expedient but to also take on some very powerful elements that no other politician has had the courage to confront. Year after year we saw the horse racing industry taking money out of Atlantic City and doing nothing with it. I thought it was wrong because the horse racing industry was declining, but they always tried to link that decline to the casinos. The horsemen were always much more powerful than the casino operators here because they can give political contributions and the casinos can’t. The governor was the first politician to oppose that because it was wrong.

Do you get a feeling that other investors are now looking at Atlantic City as a result of the low prices and the confidence in the governor’s plan?
We’ve been practically living on Wall Street over the past couple of years trying to get interest in Atlantic City. We were always met with doom and gloom because they were always worried about in-state competition. There is a big misconception about what the industry contributes to New Jersey. Once they heard the governor’s initiatives they loved it. And that really started changing their attitudes about what was going on here. The governor, in doing the right thing, earned a lot of respect from Wall Street. I’m not saying all the doom-and-gloomers have gone away, but it’s starting to change.