Potential gaming expansion in the First State is the issue that just won't go away. 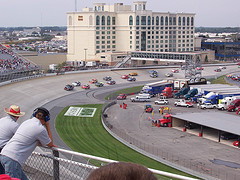 For Ed Sutor, it’s a no-brainer: More casinos in Delaware would be counter-productive.

Sutor, the CEO of Dover Downs, has been leading the fight of the three racinos in Delaware (the other two are Delaware Park and Harrington Raceway) against a push by the governor and a group of state lawmakers for expansion of gaming in the state.

Last year, the Delaware racinos were socked with a tax increase—what Sutor calls a “money grab” by Governor Jack Markell—that raised the effective tax on slots to 62 percent in exchange for table games. However, Delaware table games were legalized at the precise moment tables came on line in neighboring Pennsylvania.

Piling on to the competitive balance is the fact that Pennsylvania’s table tax rate is 16 percent, set to drop to 14 percent next year. Delaware turns 35 percent of table revenues over to the state.

The bottom line, according to Sutor, is that the racinos are being squeezed by current competition, and new competition within the state would force at least one of the current casinos to close.

“The state takes every single penny from slots and we get 38 percent back,” Sutor says. “Any way you slice it, that’s 62 percent out of our pocket going out the door, and we have to survive on the other 38 percent. The other problem is that when they gave us table games, they gave us the highest tax rate in the country, 35 percent. Plus, they gave us an annual license fee of $13 million. Add those two together, and the effective tax rate on tables is over 45 percent. We are losing money on table games.”

That has translated, he says, into an assault on the bottom line, as Dover Downs—Delaware’s most destination-like casino, with a Four Diamond hotel, headline entertainment, boxing, a NASCAR track and other amenities—recorded its first-ever quarterly loss this year.

Sutor says things only stand to get worse from a competitive standpoint as the casino industry in Maryland—source of between 35 percent and 40 percent of Dover Downs business—expands, including the inevitable introduction of table games in that state. He says the two slot-only casinos in Maryland, at Perryville on I-95, only 10 minutes south of the Delaware state line, and at Ocean Downs, just over the Maryland line on the Eastern shore (ironically, owned by Delaware Park owner William Rickman), have already made an impact. Next year, the granddaddy of them all opens, with nearly 5,000 slots in a huge facility in Anne Arundel County.

“Ocean Downs and Perryville have both hurt Delaware already,” Sutor says. “Perryville is 15 minutes south of Delaware Park, which has gotten hammered; they’re in a squeeze with Harrah’s Chester on the other side. Ocean Downs has only 700 slot machines operating, and they’re doing $3 million to $4 million a month. Where do you think that comes from? The big one coming on at Arundel Mills really has us concerned. That’s one of the biggest areas for customers to Dover Downs.”

All of this has lent urgency to the Delaware racinos’ fight against further in-state expansion, a fight Sutor thought was won last year when a bill to create three new casinos, supported by Markell, died in the state House Gaming and Parimutuels Committee. However, on May 26, a new bill was introduced in Delaware to create two casinos—one in urban New Castle County in the north and the other near the Delaware beaches in Sussex County.

While that bill was easily voted down in the same committee last month, its sponsor, Sussex County Rep. Dennis E. Williams, says it is far from dead. He has the support of House Majority Leader Peter Schwartzkopf, who promised earlier this year to suspend House rules in a parliamentary maneuver to bypass committee and send the legislation directly to the floor for a vote.

At press time, Williams told GGB that he was hoping to gather the 21 votes necessary to bring the measure to the floor. “If we can’t get it to the floor in the next two weeks, I’ll be back in January,” he said, referring to the next legislative session.

For Williams, the casino measure is all about jobs. “Although tax revenue is important, it’s not the primary goal of this legislation,” he says. “It’s jobs. From day one, I’ve said this is a jobs bill—a jobs bill that doesn’t involve any government money at all.”

Williams estimates that construction jobs alone will total 1,500 to 1,800 in each of the two proposed locations. “We’ve had construction workers out of work for months,” he says, noting that the Delaware unemployment rate of 9 percent pales to the jobless rate in the state’s construction industry, which hovers around 35 percent.

“Even though they are not permanent jobs, construction will be going on for a couple of years at those facilities, and that’s a big boost for those local economies. Then, once the casinos are open, there will be 750 to 1,000 permanent jobs at each, which helps the economy even more.”

Sutor counters that the onerous tax rate and increasing competition have contributed to the drop in construction work. “We suspended $90 million of capital expenditures,” he says, noting the cancellation of projects to build a parking garage, expand the casino and other improvements. “We can’t commit to any major expenditure here, because the cash flow caused by this high tax rate doesn’t allow it.”

Williams’ bill—and other efforts to expand Delaware casinos—originated with a state-funded study that found the market would support two new casinos. Sutor, though, points to the fact that the three current casinos are operating just over half of the total slots authorized by law (4,000 machines each). “Each of the three tracks has eliminated hundreds of machines,” he says. “If there is a demand for two additional casinos in the state, wouldn’t the existing casinos be increasing the number of slots to meet that demand?”

Williams says the current ratio could simply mean the state authorized too many machines per casino, and he points to the support of private investors as evidence the market will support new venues.

“I still don’t believe two new casinos would be cannibalizing the existing three casinos to any great extent,” Williams says, estimating that any impact would be restricted to 5-10 percent. “If there wasn’t enough business, we wouldn’t have four developers coming in and saying, ‘Yes, I want to spend $300 million.’ No one is going to back that kind of investment (in a saturated market).”

Gene Lankford, one of the principals of the massive Del Pointe casino project in Sussex County (the project supported by Schwartzkopf), says the free market should decide which casinos prosper and which close. Criticizing supporters of a monopoly of three casinos, Lankford says casino location is more important than how many casinos are competing.

Del Pointe would place a casino, convention center, resort hotel, indoor water park and a host of other resort amenities along with a one-mile harness racetrack right in the middle of the beach area, in Millsboro, near the popular resort towns of Rehoboth Beach and Dewey Beach.

“Mr. Rickman knows where the population is; he’s opened a slot facility in Ocean City,” Lankford says, referring to the owner of Ocean Downs and Delaware Park. Rickman’s dual ownership in Delaware and Maryland has, in fact, provided fuel for the expansion movement. “The current owners aren’t opposed to new casinos; they’re opposed to new casino owners,” chides Williams.

Whether or not Delaware gets additional casinos may, in the end, come down to how hard the public pushes its representatives in the legislature. Gauging public opinion has become a difficult thing, with each side of the issue pointing to its own research, often purporting to support opposite results.

Williams says polls by independent organizations and universities show that 65 percent to 75 percent of the population “believe additional casinos are fine, and have no problem with that.”

Sutor says the only way the three existing racetracks will survive is through lower taxes and a halt on any new casinos. He holds out hope that the latest revenue figures will alert lawmakers that “casinos aren’t the money tree that government thought.”

Whether or not new casinos are addressed in Delaware this year, one thing’s certain: The issue is not going away.