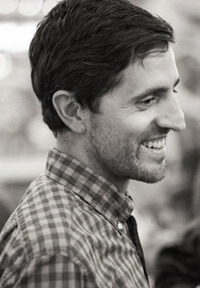 The courage and willingness to take risks has allowed David Jacoby to not just grow, but excel within the gaming industry.

Jacoby currently serves as the chief operating officer at the Lucky Dragon, a large-scale integrated resort that is currently under development in Las Vegas. Jacoby also assisted in the formation of the Las Vegas Economic Impact Regional Center, which is a federally licensed vehicle utilized to raise EB-5 financing from non-U.S. investors for the Lucky Dragon as well as additional properties across the nation.

When Jacoby graduated from the University of Pennsylvania with his bachelor’s degree in economics and communications, he moved to New York City and got a job with Jaffoni Consulting, an investor relations financial consulting company that worked across many industries. One of the company’s largest sectors was the gaming industry, where he was staffed.

As Jacoby’s first job out of college, he was provided a crash course on the gaming industry, and benefited from keeping in contact with high-level executives within gaming operators, manufacturers and other industry players.

“I was drawn to the industry because there’s always something new to be challenged with, and it’s such a broad, interdisciplinary type of field,” he says. “There’s a lot to put together, and that was always very interesting to me.”

This realization led to a decision, which has had the largest impact on his career to date. “I knew coming from my role as a consultant I didn’t quite have the background to move into development,” he says. “I knew the industry broadly but I didn’t understand a lot of the specifics of development.”

To gain an understanding of these aspects, Jacoby worked toward his master’s degree in real estate finance and investment from the School of Hotel Management at Cornell University. “At the time it was very risky but, in retrospect, it was a no-brainer.

Jacoby cautioned that sometimes thinking this far ahead could lead to decisions of leaving companies you love or people you admire, but ultimately these risks could end up being the best decisions in your career.

“Really think about what you want to do—and it may take some time working in different roles to figure out what that is—and don’t be afraid to take some risks to get there,” says Jacoby.

Jacoby anticipates the next 12 to 18 months to be the busiest and most exciting part of his career, as the opening of Lucky Dragon comes closer and critical decisions are put in front of him. “Inevitably, a few things won’t work right and we’ll have to tweak them and right the ship accordingly.”