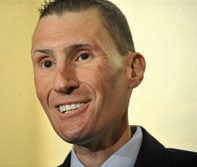 The thorny issue of renegotiating terms on .2 billion in debt was resolved last month when the Mashantucket Pequot Tribal Nation (MPTN), Foxwoods and its lenders reached a deal. Under the agreement, the parties extended the terms of the loans and adjusted the interest rates to reflect the decline in gross gaming revenues over the past several years.

Negotiations, which dragged out for more than three years, are still not complete, but the parties will finalize the deal by the end of the year. The deal should reduce the casino’s debt to $1.7 billion. Foxwoods’ revenues fell 1.6 percent to $1.17 billion in 2011, a severe decline from the casino’s peak revenue of $1.5 billion in 2006.

Most of the loans were held by Bank of America Corp., Wells Fargo & Co. and Kien Huat, a company that is related to the Pequots’ first lender, the late Lim Goh Tong, founder of Genting bhd of Malaysia.

Foxwoods CEO Scott Butera, a finance expert who was brought in to manage the debt crisis, says there is still some work to do.

a critical step forward for our business,” he said. “The comprehensive agreement substantially lowers our aggregate debt balance and extends maturities at favorable interest rates. It provides for a capital structure that will support significant investments in our gaming and hospitality businesses. This plan will once again put Foxwoods and MPTN on solid financial footing and allow us to continue to provide an outstanding entertainment environment for our guests.”

Holders of MPTN’s subordinated special revenue obligations and 8.5 percent notes will receive new debt at a discount to face value of accrued principal and interest. Bank of America and Wells Fargo will arrange a $30 million working capital facility for MPTN with a 30-month term beginning on the restructuring date.