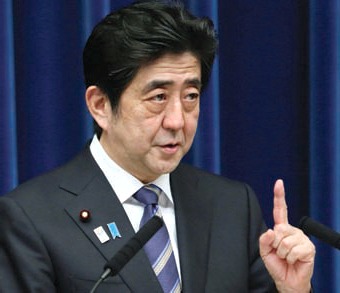 Japan’s Prime Minister Shinzo Abe added casino site tours to his Singapore itinerary last month, while plans were unraveling back home to secure passage of a much-anticipated bill he supports to legalize the industry.

Abe visited Resorts World Sentosa and Marina Bay Sands while in the city-state to deliver a keynote address at the Asia Security Summit. The prime minister was reported to be interested in learning more about Singapore’s stringent approach to regulation and the mitigation of problem gambling.

His visit also included a “scripted plea” from Marina Bay Sands owner Las Vegas Sands to pressure the Diet to act on the troubled bill, or so the company’s billionaire Chairman Sheldon Adelson told Bloomberg.

But the window for making that happen closed rapidly as the last day available to a committee of the Diet slipped away to review the casino legalization bill Abe’s governing Liberal Democratic Party introduced in the lower house of the Japanese parliament back in December with a view to securing passage before the legislature’s current session ended on June 22.

The committee claimed it didn’t have time to address the bill because it had to handle another measure regarding the country’s Atomic Energy Commission. As a result, lobbyists and lawmakers are saying now that it will be nearly impossible for the bill to pass in 2014.

Prospects for introduction during the short fall session of the Diet seem to be scuttled too, as a bill must at least be introduced during the spring session to even be considered later in the year. Because the gaming bill was not even considered in the spring, it’s unlikely a hearing in the fall would take place.

And in another grim twist for casino proponents, the right-wing Japan Restoration Party, one of the LDP’s coalition partners and a big booster of legalization, is reported to be embroiled in a leadership split over a new national constitution to replace the current post-World War II constitution. The issue is a sensitive and controversial one for Japan domestically, and vis a vis relations with China and South Korea especially, and with its principal ally, the United States. If there’s collateral political damage, depending on how things unfold, casinos could wind up part of that.

“While we do not believe that the fracture of the JRP had any material impact on the current behind-the-scenes horse trading going on in relation to bringing the gaming bill up for debate, we do believe it could have an impact on future support for gaming,” investment brokers Union Gaming Research Macau said in a client note last month. “The JRP, along with the LDP and Life parties, had pledged 100 percent member support for the gaming bill. On a combined basis, these parties hold a very comfortable majority in the lower house of the Diet (74 percent), but a much slimmer majority in the upper house of the Diet (52 percent).”

The LDP is promoting destination-scale casinos as a tourism-boosting tonic for Japan’s sluggish economy and a complement to the 2020 Summer Olympics Games in Tokyo. Some estimates project that a 12-casino market could be worth as much as US$40 billion in gaming revenue a year over the next decade, a prospect that has attracted an A-list of global operators touting plans to spend billions to be part of it.

At the same time, casinos remain a sensitive issue among the population as a whole, and lawmakers have been reluctant to spend too much political capital on them, especially with bills addressing bigger issues such as defense, the new constitution and nuclear power elbowing it out as national priorities.

The process of establishing the industry is likely to be a complicated one as well, and will require at least two pieces of legislation, according to insiders: the current bill, which would end a longstanding legal ban on casinos; and one detailing a framework for regulating them and apportioning the licenses.

Industry hopes have centered on openings in Tokyo and Osaka in time for the Olympics, which means 2014 for legalization and 2015 for the structural bill. The way things are going, however, makes it increasingly unlikely that will happen.

“Time is of the essence,” MGM Resorts Chairman James Murren has said. “There seems to be a very strong political will to move this forward, and who knows what the environment will be a year or two from now?”

Both MGM and Wynn say they’ll launch initial public offerings in Japan for their ventures, and MGM has already shown Osaka officials plans for a resort with two hotel towers totaling 5,000 rooms, a 20,000-seat entertainment arena and a circular waterway inspired by the moat surrounding Osaka Castle. The Las Vegas-based casino giant also has been sounding out companies of the stature of Panasonic and Sony about partnering on the project.

Wynn also is “actively looking” for equity partners, President Matt Maddox said, and Chairman Steve Wynn said recently that he has had talks with several Japanese companies about possible tie-ups.

Genting subsidiary Genting Singapore, the developer and owner of Singapore’s Resorts World Sentosa, is reported to have set up eight subsidiaries in Japan, each of them “principally engaged in investment holding, leisure and related businesses,” the company said in a stock exchange filing.