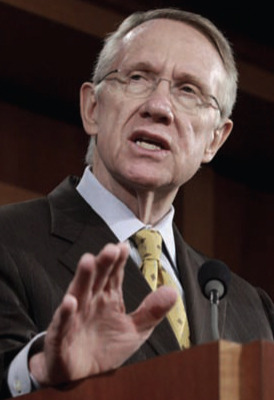 Lobbyists for the online gaming industry worked feverishly behind the scenes last month in Washington, D.C., trying to influence senators and congressmen to support a bill that would legalize online poker. Senate Majority Leader Harry Reid had prepared a bill that was designed to be attached to an appropriations bill or a continuing resolution to avoid a devastating debate in committee.

Reid had first intended to attach the measure to a bill extending the Bush-era tax cuts, a deal struck between the Obama administration and congressional Republicans. But criticism came hard and fast that Reid was using the bill to advance the cause of two of his major constituents, Caesars Entertainment and MGM Resorts, which helped him get re-elected in November.  There were no other likely candidates to carry the bill, so Reid decided to table the bill for another time.

This, however, was likely the last hurrah for any measure seeking to legalize online gaming, because ranking Republicans in both the Senate and House are opposed to any relaxation of the ban on internet gambling. In the Congress convening in January, Republicans control the House, and have cut into the Democrats’ majority in the Senate substantially, so it is improbable that any bill would even be introduced.

The bill was limited to online poker, because Reid says he has issues with a wider measure.

“I still have serious concerns about legalizing the broad range of casino-type gambling through the internet,” Reid said in a statement last month. “The bill I am working on would make other types of internet gambling clearly illegal, while increasing penalties and strengthening the ability of law enforcement to shut down illegal sites.”

Reid’s bill included many points that would be favorable to U.S. gaming companies. It differs significantly, however, with a bill that passed the House Financial Services Committee, chaired by the bill’s sponsor, Rep. Barney Frank (D-Massachusetts). Just some of the details included:

• Prospective licenses for larger U.S. casinos, racetracks, slot manufacturers and Indian tribes. Five-year licenses would have been issued 15 months after the bill is signed into law.

• A five-year “blackout” for offshore casinos, and then a strict licensing process similar to Nevada or New Jersey. Sites such as PokerStars, which continued to take U.S. bets after the passage of the Unlawful Internet Gaming Enforcement Act (UIGEA), must cease accepting bets within 30 days of passage or risk never being able to get a U.S. license.

• States and Indian tribes must act to “opt in” to online gaming, by either a legislative measure or a referendum.

• A monthly gaming tax of 20 percent will be collected by the federal government as a licensing fee. Other taxes will likely be tacked on at the state level. The federal tax will be a percentage of deposit receipts, which would include a rake, tournament fees and any other charges paid by the players.

For the first time in its history, the American Gaming Association supported a bill that legalizes online gaming, confident that the safeguards built into the measure will provide for gaming entertainment. Previously, a wide diversity of opinion on the board of the AGA prevented it from backing any online gaming legalization.

“Current online gambling laws do not provide these safeguards, leaving players and the system open to fraud, cheating and other illegal acts,” Frank Fahrenkopf, the president and CEO of the AGA said.