Why DFS will lose the skill-vs.-chance argument and should stop trying 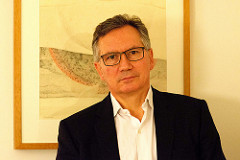 Unless you have been living at the bottom of a well, you will have heard about the troubles facing America’s fantasy sports industry. Fantasy sports, specifically daily fantasy sports (DFS), has been caught in an argument as to whether it is skill or gambling, and the consequences of it being one or the other are potentially enormous.

Clearly, it has elements of both. There is a big overlap in the spectrum that encompasses skill games and gambling games. For example, the only real card game that is purely skill is Snap! The outcome in a game of Snap will always be determined by a person’s level of skill, in this case recognition and reaction time. But whether or not a game is classified as gambling and thus illegal in the U.S., therefore requiring legislation and/or regulation, is up to each state to determine.

The fantasy sports industry has made much of it being a game of skill, and so not gambling, and enjoying the carve-out in the Unlawful Internet Gambling Enforcement Act (UIGEA). However, whether it has elements of skill and enjoys the carve-out in UIGEA is really missing the point. More about the UIGEA and the carve-outs later.

To determine if a gambling activity is illegal under federal law, the federal government relies on predefined activities or activities that are illegal under state law; the Federal Wire Act (bets or wagers or information assisting in the placing of bets or wagers on any sporting event or contest), the Illegal Gambling Business Act (“illegal gambling business” means a gambling business which… .is a violation of the law of a state or political subdivision in which it is conducted), and the Professional and Amateur Sports Protection Act, or PASPA (It shall be unlawful…  to sponsor, operate, advertise, promote, license, or authorize by law or compact… a lottery, sweepstakes, or other betting, gambling, or wagering scheme based, directly or indirectly (through the use of geographical references or otherwise), on one or more competitive games in which amateur or professional athletes participate, or are intended to participate, or on one or more performances of such athletes in such games) and the carve-outs in the UIGEA.

States use different tests to determine if an activity is “gambling” according to the law. Games can have elements of skill but still be classified as gambling. The tests used by the states are the “predominant factor test,” the “material element test” and the “any chance test.” Suffice to say apart from the use of “predominant” in the language of the UIGEA, there are no tests for activities at a federal level.

The predominant factor test looks at whether the outcome is predominately based on a random element irrespective of the fact that the use of skill can improve the chance of winning. Games in which the outcome is always determined by superior skill is not a game of chance. This is a high hurdle, and this test uses the extent to which superior skill overcomes the random element. Some DFS games/bets may pass this test.

The material element test looks at whether the outcome depends on chance to a material degree. A player’s proficiency at poker, for example, may influence the outcome of each hand, but skill alone cannot influence every hand—it depends on the cards that you and your opponent are dealt. This hurdle is even higher, and it is doubtful that most DFS games/bets would get over it.

If the any chance test is used, the result of a game would have to be devoid of any chance element for it to be classified as a game of skill. Most games and certainly fantasy sports would fail this test. If there are any elements of chance that can affect the outcome, regardless of the level of skill involved, it is gambling. Ouch!

As you can see, from a legal perspective, it is not as simple as stating that something is a game of skill and therefore not gambling. It is whether the activity is likely to pass the specific test that the state in question uses.

Now on to UIGEA and the carve-out—what does it mean? Not much, in my estimation. The Department of Justice had decided that the Wire Act did not apply to online casino gambling, only sports betting. With the inability to stop online gambling from offshore sites, UIGEA was passed to starve online casino operators of funds. It made it illegal to process funds for any online gambling activity that a state determined was illegal. It is a federal law, and only concerned with providing services to gambling that is unlawful. If it is deemed to be illegal gambling under state law or a federal law (Wire Act, PASPA, etc.), then it is illegal under UIGEA, unless it is an activity that has been specifically carved out in UIGEA. But just because it enjoys a carve-out at the federal level does not mean it is legal at the state level. It is up to each state to decide using the one of the tests described above.

It is true that fantasy sports has a carve-out in UIGEA that would make the activity lawful, but only from a federal law perspective. The carve-out is very specific, and for the fantasy sports activity to be deemed legal under UIGEA, and only under UIGEA and not state law, it has to meet all of these conditions:

1. The amount of the prize must be known in advance;

2. The amount of the prize is not influenced by the number of players;

3. Winning is based predominantly on skill;

4. Winning or losing is not based on a single performance of an individual athlete in a single sporting event; and,

5. Winning or losing may not be based on the score, point spread or performance of any single team.

Looking at the fantasy sports operators’ websites, many of the fantasy sports bets offered today fall foul of the first two conditions. But even if they do not meet all of the conditions, UIGEA does not afford much protection if a state determines the activity is illegal gambling. You might not get prosecuted by the feds, but the state could still come after you.

Back in October, I was in New York watching a football game on U.S. network television. Every five minutes, the show was interrupted with promotions and advertisements about fantasy sports. Not content with advertising fantasy sports, there were panel discussions showing how to pick your team and “enter the competition.” I couldn’t help but think that they were poking a giant in the eye with a sharp stick. When you do that, at some point the giant gets mad—and it did.

A number of state attorneys general have either made statements declaring fantasy sports to be illegal—most notably Eric Schneiderman of New York, who has issued a cease-and-desist order—or started to investigate whether it is lawful. Remember, attorneys general are elected officials, and high-profile cases are good for election results.

The inevitable has happened. Banks and payment processors have run for the hills, and lawyers are filing class-action lawsuits on behalf of poor innocent citizens who were duped to become involved in an illegal gambling activity.

This is all too familiar. The fantasy sports industry did not learn the lessons of the online casino and online poker industries. These industries took a great deal of pain in the early part of the century, with some of their executives spending time in jail, and, in the end, they stopped their U.S.-facing activity and are now lobbying for legislation and regulation.

Perhaps the fantasy sports industry thinks it can use the “Uber” approach—use the vast cash resources coughed up by their investors to mount legal challenges in each state, meanwhile building up a large database of customers, hoping, in the meantime, that they will win the challenges or that it will be declared legal.

Or, will it become “a death by a thousand cuts,” where legalization on a state-by-state basis is slow so revenues are low, and they are tied up with class-action lawsuits forevermore?

I remember in the early 2000s talking to someone involved in a U.S.-facing online poker site. They were arguing that the Federal Wire Act did not apply and they were acting legally. I asked what the Department of Justice and the states’ attorneys general thought. He replied that they thought it illegal. Hmmm, perhaps there is a hint there.

You might not agree with him, but it is rarely a good strategy to argue with an angry gorilla!