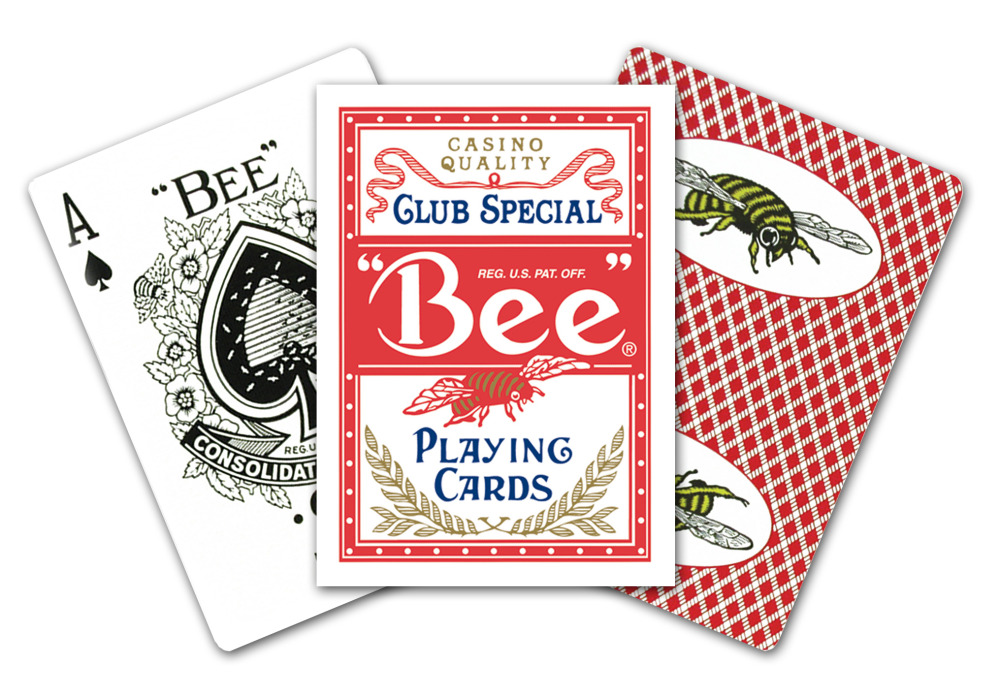 After years of playing second-fiddle to slot machines, playing cards are back.

The rapid growth of Asian casinos, combined with America’s poker explosion, has energized the playing card business. While increased interest in tables and poker by young players in the U.S. has chipped away at what was as much as a 70 percent share of revenues going to slot machines, the expansion of gaming in Asia has given new life to card manufacturers.

In Macau’s casinos, 90 percent of revenue comes from baccarat. Wynn Macau uses 10 times as many playing cards as the Wynn in Las Vegas because of baccarat. Venetian Macao has 400 baccarat tables.

Since Chinese baccarat players typically squeeze and bend cards as they play, decks are used only once. That’s good news for card manufacturers, who are producing cards that stand up to the abuse.

Like Printing Money
The gold standard among Asian playing card manufacturers may be Angel Playing Cards, based in Kyoto, Japan, which has begun selling in Las Vegas.

In 2004, the 50-year old-company made a corporate decision to “be the best,” using top technology. In 10 years it hasn’t lost a major client (in an industry where switching is common). Manufacturing in Japan, where gambling is illegal, makes it easier to control all aspects of security and manufacturing.

“Asia’s high rollers bet a lot of money, and win or lose in one hand,” he says. “Operators are very keen to prevent cheating. You can’t be able to tell the card from the back. Color must be uniform. Cutting must be precise. Scanners are very, very keen. Ours are not just spot-checked; we check every single sheet.”

The camera inspector sends defective sheets into a bin. “You would be surprised at what we call a defect,” says Morihisa. “We have had casino security people try to find an imperfection. They are unable to. You can spot them in magnified photos, but usually you can’t tell with the naked eye.”

There can be no cutting inaccuracies. “Cutting tolerances for most companies is close to one millimeter. We set it at 0.2 millimeter,” says Morihisa. “Our Asian customers know that our quality is unparalleled-not in same league as our competitors. So we thought, ‘Why not market to the States?'”

Casinos know the difference by how many defects they find. “I’m not saying we don’t have any, but the rate is one in the millions,” he says.

Paper is a natural product and imperfections are inevitable, but Angel wanted variations in thickness, marks or “hickeys,” as they are called, as few as possible, so it uses a proprietary mixture.

A New Shuffle
Card material is paper and plastic. Plastic is more durable (and more expensive), and is popular in poker rooms. At the low end is PVC. At the high end is acetate, used in poker rooms on the Las Vegas Strip. Plastic cards comprise less than 10 percent of cards manufactured.

Printing techniques are the same for paper and plastic, but cutting procedures vary. Manufacturers won’t discuss how many cards they make, although the word “millions” is often used. One claims to produce 60,000 decks a day.

Gemaco Inc., based in Blue Springs, Missouri, has made cards since 1965, and has sold to casinos since the early 1980s.

Gemaco created the concept after watching Macau operators employ 30-40 workers whose only job was shuffling.

A pre-shuffled deck adds around 25 cents a deck to the cost, but Fitzhugh says the extra revenue dwarfs that cost. “It takes 15-30 minutes to open a table,” he says. “If you can save 15 minutes each time, then high-end players don’t have to wait for cards to be shuffled. For a few dollars a day, the average operator can add hundreds if not thousands of dollars.”

Gemaco just signed the Seminole Tribe of Florida, which has been adding table games to its six casinos using pre-shuffled decks exclusively.

“Some states are looking at changing regulations to allow for pre-shuffled decks,” says Fitzhugh.

“Our cards go directly from the box into the blackjack shoe. We are working closely with customers and state boards to get the process approved.”

He likens this to the advent of the automatic shuffler. “When it was introduced, it was alien. No one was sure that players would accept it. Now we have tens of thousands all over the world.”

The Old and the New
Cartamundi, formed in 1765 in Turnout, Belgium, may be the world’s oldest card manufacturer. It  probably has the newest factory, which recently opened in Dallas, Texas, to serve North America. The 300,000-square-foot factory joins older factories in Belgium, Poland, Germany, Brazil and the U.K.

It will make production faster and more secure, and will decrease lead time by taking much of the human element out of production.

“This factory shows that we are a company to be reckoned with,” says Bob Lee, Cartamundi’s vice president of casino sales in the U.S. “We are trying to get our name known and to penetrate the American market. We are a company that is planning for the future.”

Cartamundi’s business has also taken off with the interest in baccarat and poker. It recently made changes to card durability to keep them from jamming shuffle machines.

To fight card marking, Cartamundi uses a trademark on a soft border and prints a flash bar with the casino’s website address on the cards.

Fournier Playing Cards, based in Vitoria, Spain, has made cards since 1868. Its market is Europe, Africa, the Middle East and Latin America. Since 1987 its sister company has been U.S. Playing Cards.

“We are the casino playing cards specialists,” says Javier Berasategui, international sales manager for Fournier. “All our manufacturing procedures have been set up for casino standards.”

It has also benefited from the growth of baccarat and poker and sales in the U.S., Europe and Latin America. Unlike most manufacturers, Fournier makes almost as many plastic cards as paper at its factory in Spain.

According to Berasategui, “decks go through 12 different quality controls, 24/7 surveillance at our premises, security warehouse with restricted access, anti-tamper security seal on the boxes, and unique insurance covering the replenishment of all the decks if just one deck is stolen or goes missing.”

He adds, “The most important thing to fight fraud is to produce a card free of marks.”

To that, add security features such as the UV mark on the faces and serialized holographic seals on
“We always say that we do not print cards, we print money,” says Berasategui.

The World’s Largest
U.S. Playing Cards, a subsidiary of Jarden Corp., will soon move to Kentucky from Ohio.

Making cards since 1881, USPC is the world’s largest producer of playing cards, according to Doug Wilson, general manager of the casino division. Its familiar brand names include Bee (sold in Asia for over 100 years), Bicycle, Hoyle, Aristocrat and Kem, the preferred brand in poker rooms. Although most poker cards are made from PVC, Kem uses a cellulose acetate with characteristics that players and dealers prefer.

U.S. Playing Cards is unique in that it processes its own paper. “When it comes to paper and plastic, we control the process and produce our cards with sustainable North American hardwood and add cotton fibers,” says Wilson.

USPC also emphasizes security. Its cards feature enhanced image graphics that make it easier for security officials to view cards, and a “Stinger Back” design that is harder to mark.

The company also recently began selling pre-shuffled cards. USPC it recognized that shuffling machines were a wave of the future, and developed a stronger coating that would resist the wear from such machines. It also modified its acetate cards for shufflers by making them slightly thicker.

Recently, USPC launched the Bee Electronic Shoe, which reads cards as they are dealt and ensures that the ones being displayed are the same ones that went into the shoe. Because of the expansion of baccarat and poker, U.S. Playing Cards business has increased its sales each of the past few years.

Wilson says the future will address the need for more information in table games in terms of tracking cards, players and betting. “I think that will be the next major development.” he says. “It’s been talked about for years and the need is still there.”

While USPC’s new products such as the electronic shoe address that need for information, its mandate as a company is still the same as playing card manufacturers have always followed: producing secure, durable cards that will hold up to the demanding casino environment.

Thanks to new popularity for table games, the demand for that product only stands to grow.