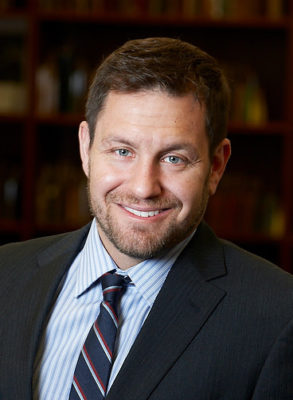 The Center for Gaming Research at the University of Nevada, Las Vegas is one of the most comprehensive research organizations covering the gaming industry. David Schwartz operates the center, but is also a renowned author. His Roll the Bones is the definitive history of gambling from the caveman to present day. Other books include Suburban Xanadu: The Casino Resort on the Las Vegas Strip and Beyond, Cutting the Wire: Gaming Prohibition and the Internet, and Grandissimo: The First Emperor of Las Vegas. He spoke with GGB Publisher Roger Gros in his offices at UNLV in September.

GGB: Let’s start with Las Vegas. The town took a hit during the recession but now it’s come back. Who’s coming to Vegas now?

Schwartz: It’s a different customer than was coming in 2006. They gamble a lot less and some don’t even gamble at all. The city has been smart, and adjusted to that new reality. Instead of trying to force people to gamble, they’re now valuing the customers by their non-gaming spend.

Jeff Hwang did a piece in GGB saying that the value on the Las Vegas Strip has gone down because they’ve replaced the small bargain joints with massive 5-star developments. Is that a danger?

It can be. I think what’s dangerous is a trend we’ve seen in the last year where room rates have gone up a lot and we didn’t see other ancillary spend rise, and some of it actually fell. So if you’re cannibalizing your F&B spend with higher room rates, you’re not giving players enough value. I wouldn’t say that if you lower your room rates other spend will go up, because we saw during the recession that didn’t happen, but you can’t go 180 degrees the other way, either. It’s not sustainable.

Has Downtown become the place where value has gone in Las Vegas? They’ve been producing some really good numbers the past 18 months or so.

I think it is. They’ve been employing a really successful strategy. They’ve known for 30 years they can’t have the white tigers, exploding volcanoes and all that. They’re going to compete on value and gaming conditions. If you want to come to Vegas and see a show and be wowed, you go to the Strip. If you want to come to Las Vegas and have a couple of beers and play blackjack or craps, you go Downtown. They’ve done a very good job at that. These sharp operators have shown you can be successful even in the shadow of these huge multibillion-dollar integrated resorts.

You’ve been doing a lot of research into eSports. Tell us what kind of opportunities that offers for the casino industry.

There are lots of opportunities. It’s not going to be a replacement for gaming, so it won’t be a question of someone making a decision to play slot machines or play in the Madden tournament. It’s more of an event type of thing where you’ll attract thousands of people to attend and watch eSports events.

As for betting, I don’t think it’s going to be big at all. Even if you could bet on it at a sports book, it will be a minor item. Given that sports books only produce 1 percent or 2 percent of total gaming revenue, eSports will be a small portion of that. And we don’t even know if most sports books will take those bets.

Do you think sports betting has a chance to be legalized across the U.S.?

I think it’s so popular, it’s going to be hard to keep it contained. Once you have the major leagues dropping their opposition—even if they’re not technically in favor of it, but just stop opposing it so broadly—I think it will be much easier to pass it. They’re really the only people who care. You have the typical anti-gaming people, but they don’t carry the clout of the major sports leagues.