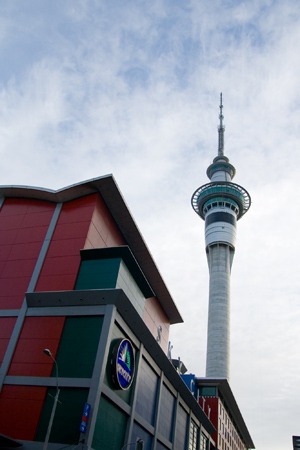 Shares of Sky City Entertainment Group were running at a high for the year following speculation that the company was an object of desire for several unnamed bidders. But the fairy tale came to an end when the New Zealand Herald revealed that only one group, consisting of U.S. private equity firms TPG Newbridge Capital and Apollo Management LP, had assessed Sky City’s accounts by a given deadline.

It turned out that private equity group CVC Asia Pacific had been the only other entity performing due diligence on the company. CVC had a media joint venture with James Packer’s Publishing & Broadcasting Limited, which since split into two companies, one specialized in gaming and the other in media. The belief was that CVC had wanted to use PBL’s knowledge of gaming to run Sky City, but that this plan failed to materialize and so the group lost interest.

As the self-imposed deadline to receive an offer approached, last month Sky City announced it was extending the deadline.

In an update issued by the company in December, board chairman Rod McGeoch said, “The interested party advises that it has not been able to meet the timeframe requested by SKYCITY, but that it remains ‘highly optimistic of securing suitable financing in the very near term’ and remains hopeful of being able to provide a ‘compelling offer’ on an as soon as possible basis.”
McGeoch also said, “The board and management of the company continue to work on the strategic and business plans for the business, including the appointment of a chief executive officer, and to focus on present and future operations.”

Sky City became a takeover prospect after the company put its Adelaide casino and New Zealand movie theaters on the block. The plan was to get rid of poor performers and reduce costs, and to focus efforts on profitable casinos in the rest of the country.

CEO Evan Davies left in June after the company had cut profit forecasts.

“It’s a pretty good asset with good potential,” Craig Brown, at Walker Capital Management Ltd. in Auckland, told Bloomberg. “If you think it can be run properly then it could generate some damn good returns.”
South African license up for bid

The Herald reports that the sole casino license for the township of Nelson Mandela Bay, South Africa, may be sought by a new consortium when bids open up for its renewal next September.
The new group, Embo Project Management of Port Elizabeth, is led by former diplomat, Mcebisi Msizi. Msizi has said that if the bid is successful, it could mean the construction of a new casino.
Currently, the casino license is held by Emfuleni Resorts, whose main shareholders are Sun International and Zonwabise, a consortium of black empowerment companies. Emfuleni is expected to try to retain the license. The casino, the Boardwalk, dates back to 1990.
Msizi wants to see proposals for a new casino and entertainment center in early 2008.
Nelson Mandela Bay was voted Best African City by the World Leadership Awards in 2007.

Australia’s Publishing and Broadcasting Ltd. will be splitting into two companies, one publishing and the other gaming.

Shareholders approved the split last month. The company majority shareholder is James Packer, considered to be the richest man in Australia. PBL was founded by Packer’s late father, Kerry, who was also famous for his huge gaming excursions in Las Vegas.

Gambling per capita in Alberta is the highest in Canada, according to the Alberta Gaming and Liquor Commission. At the same time gaming revenues in the province are $60 million higher for the second quarter than anticipated. A total of $1.5 billion for the year is expected.

But critics say Alberta is not spending enough of that money on fighting gambling addiction. In part, says University of Alberta’s Garry Smith, that’s because it doesn’t conduct any studies to obtain statistics on the subject. Smith conducted his own survey in 2003 that allegedly found linkages between gambling and crime.

Smith alleges that because the government of Alberta makes a lot of money off casino gaming that it is loathe to conduct studies that might sully the rose-colored picture it promotes.

The government, he says, refuses to acknowledge the connection between crime and gambling, or to pressure casinos to do what they can to discourage gambling addiction. It has to be done at that level to be effective, Smith says.

A spokesman for Alberta’s top lawman, the solicitor general, noted that the province spends $1.5 million a year on gaming research.

But another critic, legislator Mo Elsalhy, says those studies look at the causes of addictions but not the results. She says that’s because the government itself is addicted to gambling, or at least its profits.

Its casino and international gaming company will be called Crown. It has holdings in Australia, China, the U.S. and Canada.