Will there be a "Bellagio" online casino if MGM Mirage buys PartyGaming? 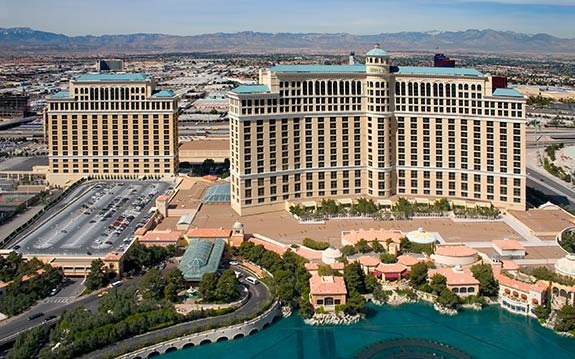 Will there be a “Bellagio” online casino if MGM Mirage buys PartyGaming?

While first-half earnings for online gaming firm PartyGaming were down considerably with the loss of its U.S. customers, CEO Mitch Garber said he was open to takeover talks from major U.S. gaming companies. While he did not confirm that talks were ongoing, analysts suggested that MGM Mirage was the focus of the talks.

” Online gaming is currently prohibited in the U.S.,” said one analyst. “PartyGaming, however, is listed in the U.K. where E.U. legislation allows online gaming. It gives the casinos direct online access to the U.K. market.”

The company reported earnings of just $36.9 million for the first six months of 2007, compared to earnings of $380 million in the same period in 2006.

The company is also still in talks with officials at the U.S. Department of Justice to avoid possible prosecution for accepting wagers from U.S. customers.   Garber said talks were going well and it appears the end is in sight.

“I don’t know how long talks with U.S. will go on,” he said. “I can look at NETeller that took months not years, so if I judge from what I’ve seen then it’s months, but I don’t know.”

To replace its lost business from the U.S., the PartyGaming is looking to enter Russia and China.

“We will launch some very meaningful partnerships with large companies that will bring us other revenue streams,” Garber said. “We’ll do deals with either new media companies or companies that license brands… whitelabelling and revenue sharing.”

Experts are not sure the company will be able to deliver the growth expected, even with the new markets.

“Everything is sort of in-line after the profits warning,” said Arbuthnot analyst Paul Leyland. “The big question is can they deliver 50 percent EBITDA growth in 2008 as the market is expecting and I see nothing in these results to suggest they can.”

Early reports coming out of Norway suggest that culture Minister Trond Griske is looking to craft legislation similar to the Unlawful Internet Gambling Enforcement Act in the U.S.

While early reports suggest the motivation for the ban will be to protect problem gamblers and possible underage gamblers-just like the justification in the U.S.-some theorize that that legislation is being pushed to protect the state gambling monopoly Norske Tipping.

In 2006, Griske worked hard to ban all land slot machines except those controlled by the state monopoly. As a result all the slot machines in Norway are now government-run by Norske Tipping.

The United States is calling compensation claims being put forward by the European Union in the ongoing debate over the U.S. ban on online gaming exaggerated.

Lawyers for online gaming companies in the EU are asking for as much as $100 billion in compensation. While an unnamed U.S. trade official refused to disclose how much trade partners are demanding in compensation, she did say that, “numbers being put forward are based on faulty and exaggerated assumptions.”

Online gaming operators say the $100 billion is fair because it accounts for lost business, as well as drops in market values of their publicly traded firms.

Antigua and Barbuda, who brought the first successful complaint against the U.S. at the World Trade Organization, is asking for compensation in the form of violating $3.4 billion worth of U.S. intellectual property-namely suspending copyright protections on American movies, music and computer software.

The U.S. maintains its position that it never intended its free trade agreements to allow foreign online casino operators access to the U.S. market. In pursuing a clarification to its obligations specifically exempting online gaming, the country is opening itself up to compensation claims from trading partners.

U.S. officials are currently holding the line that because they didn’t plan on internet gambling being included in their obligations, no compensation is owed. The WTO has ruled against the U.S., noting that several countries asked for and received exemptions applying to online operators. Furthermore, the WTO allows countries to exempt foreign online casino operators from its free trade agreements if it also prohibits domestic companies from similar practices. The Unlawful Internet Gambling Enforcement Act allows U.S. companies to accept online wagers on horse racing, while prohibiting foreign companies from the same activities.

A new code of conduct for online gaming operators was introduced at the recent European Interactive Gaming Congress (EiG) in Barcelona.

The code is the result of a collaborative effort by the Remote Gambling Association (RGA), problem gambling treatment agency GamCare, and regulatory advice group eCogra. The intent of the creators is to establish a single code of conduct that will ensure operators of online gaming are adhering to certain standards.

Said Andrew Poole, MD of GamCare Trade Services, Technically, this is not out of the reach of any operator.

In fact, it was stated that most operators are already at the suggested level of responsibility, or beyond.

The goal of the group is to have the finalized code accepted by licensing jurisdictions, who would then apply its standards to those seeking licenses.