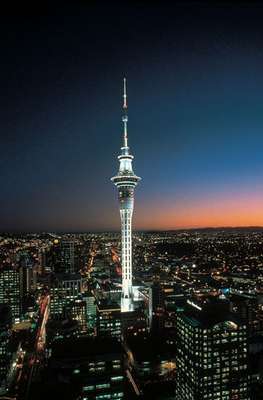 Troubled New Zealand-based Sky City Entertainment Group Ltd. is reported to be the object of a takeover bid by U.S. private equity firm Providence Equity Partners, according to a report by the New Zealand Herald.

However, an article in the Dominion Post speculates that TPG Newbridge is the mystery suitor. Consisting of Texas Pacific Group and its Asia-Pacific affiliate Newbridge Capital, TPG, with partner Apollo Management, is set to complete a $27.8 billion buyout of Harrah’s Entertainment by year’s end.

Sky City management previously had announced it was being approached by an unnamed suitor interested in acquiring 100 percent of the casino and entertainment company. The reported cash offer sent the company’s stock to a seven-month high of NZ$5.51 on Friday, September 21, valuing the company at NZ$2.5 billion ($1.8 billion).

By Wednesday the following week, shares had settled to just above NZ$5.00.

Providence is thought to be looking to add Sky City’s Adelaide and Darwin casinos to its Kerzner International casino group, which it bought last year for just over $3 billion.

Regional companies Tabcorp and Tattersall’s were at first each thought likely to be the “unnamed” party.

However, a Reuters report quoted a spokesman for Tabcorp as saying, “Tabcorp’s focus for growth is very clear and it does not include Sky City.” The same report had a source close to the matter saying that the bidder was not Tattersalls.

Bloomberg quoted Citigroup analyst Andy Bowley, in Wellington, saying, “The approach offers the board and investors a potentially attractive exit.”

Sky City shareholders are being told the company might sell off some of its assets while waiting for its as yet unidentified bidder to complete the due diligence process by early November.

Up for sale as separate entities are the company’s Adelaide casino and its New Zealand movie theaters.

A fire that destroyed the Enjoy Casino and five-star Hotel del Lago in the Chilean resort town of Pucon last month will likely lead to faster construction of a new Enjoy casino there, according to reports at independent news agency MercoPress.com. The company hopes to complete the new casino by the end of summer, which for Chile means March 2008.

Miguel Miranda, Enjoy Casinos GM, said that the fire had ruined “all of the installations” in the hotel-casino and convention center.

The fire is thought to have started with a short circuit inside the casino.

A report from Business News Americas estimates the damages at $35 million. However, Jorge Ossos, commercial lines manager of Liberty Seguros, which insured the property, said that an exact figure will have to wait for completion of the liquidation process, which will take up to six months.

Pucon mayor Carlos Barra told Radio Bio Bio that 600 people would now be without work. Moreover, the taxes paid by the casino had accounted for 40 percent of the town’s revenue.

“A true, total and absolute tragedy for Pucon,” the mayor said. “This has to be declared a catastrophe zone because really the axis of Pucon’s economy-the strongbox of this town-is the casino, the hotel, the tourists.”

The “temporary” Casino Niagara will likely never close despite the opening of the permanent Niagara Fallsview Casino Resort nearby.

The Ontario, Canada, provincial government will extend the Casino Niagara lease until at least 2013, says Kim Craitor, a Niagara Falls member of the provincial parliament. The plan follows a regional market assessment by Ontario Lottery and Gaming Corporation, which operates the casino with Falls Management Company as management contractor.

Casino Niagara opened in 1996 as a temporary facility preceding construction of the permanent Niagara Fallsview Casino Resort nearby. The original 10-year lease was up last year but was extended until March 2008 after Niagara Falls officials lobbied against closing Casino Niagara to save 2,000 jobs and economic investment.

Now, Craitor says, “That casino is never going to close.” He says OLGC has developed strategy to improve business at both casinos. He did not have details.

The largest gaming show in Latin America was held in October in Buenos Aires when SAGSE 2007 convened. With more than 150 exhibitors and 10,000 attendees, the show increased by numbers by approximately 20 percent. Held concurrently with SAGSE was the conference EY! 2007, organized by Yogonet.com, the online leader in information for the Latin American gaming industry. A spokesman for EY! said his company was very pleased with registration which topped 300.

The show was conducted under a backdrop of rumors that SAGSE would be purchased by Clarion Gaming, which runs the International Casino Exposition (ICE) and ICEi in London in January and recently purchased the River City Group, whose conference concentrate on online gaming issues. A Clarion spokeswoman says the company has worked very closely with SAGSE over the past two years but would not comment on any potential sale.