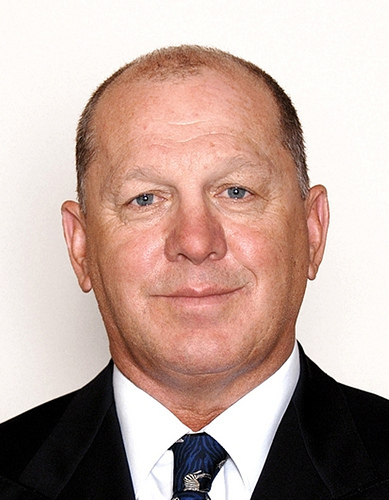 Everyone knows the chairman of Ainsworth Game Technology—the legendary Len Ainsworth, the founder of Aristocrat Technologies and one of the pioneers of the slot manufacturing industry. Fewer people know the man who is running the company, however, Danny Gladstone. A longtime colleague of Ainsworth, Gladstone was named CEO of the company in 2007 and became an executive director last year. His experience as an operator in Australia has been invaluable in his understanding of the industry. He was named to the Club Managers Association Australia Hall of Fame in 2000. At Ainsworth, Gladstone is directing a company that is taking large pieces of the market in Australia and becoming a player in other regions of the world, particularly the U.S. He spoke with Global Gaming Business Publisher Roger Gros and Editor Frank Legato in Las Vegas at G2E 2010 in November. To hear a full podcast of this interview, visit www.ggbnews.com/podcasts.

GGB: What has been the attitude of the visitors to your stand at this year’s G2E?

Gladstone: It’s been encouraging. I believe they think they’ve seen the bottom of the economic crisis and now are ready to move on. Everyone’s got a positive attitude for the first time in several years, and it’s been a good experience.

What is your marquee product at the show this year?

We released at our Australian show the A560. It’s been on the drawing board for three and a half years and it’s a very exiting and beautiful-looking machine. The upgrade to our Ambassador Slimline has also been very successful.

AGT started in Australia but has branched out recently. How has that impacted your sales?

Ainsworth received its Nevada license 12 months ago, so we’re setting up an office there in a few months, and we’ll be selling there shortly. We have offices in Europe and South America, which is a strong market for the company. Our products are well-known and the games perform well. We were one of the companies early on that spent a lot of time in Mexico, and that has paid off. At the moment, we have 68 licenses across North America, including Canada, 15 states and the balance in tribal jurisdictions.

Do you plan to establish dedicated R&D in the U.S.?

Certainly. We believe that the people we hire in Nevada will be game development people. We’ll also hire some engineers. Of course, we want to have some North American flavor to the way the games are played.

The design of the Ambassador, with the 26-inch screen, seemed to be a forerunner of some of the cabinets that we see today. Why was that done initially?

We wanted to be distinctive, to set our products apart. We have since redesigned the cabinet, but it all started with that original design. Today, you see companies with 28- and 32-inch screens. We’ve already done that.

Australia is a hyper-competitive market. Why have you been so successful there?

How are you positioned in the Asian market, particularly Singapore where slot play is so strong?

I just popped by Singapore on my way over here and they are reordering some machines there in the beautiful Marina Bay Sands. They seem to be very happy with the games.

Are you surprised about the level of slot play there?

No, I’m not, because we’ve seen good figures from Genting in Malaysia and the locals in Singapore have always given strong play to the slot parlors there.

How about Macau? Are you active in that market?

We are. We’ve installed a few machines there. A couple of the American-owned casinos wanted us to have a Nevada license before they purchased, so they’re ready to buy now, as well. But we’re not really excited about that market because machine sales have been very flat. We’re working on it.

Japan has to really interest you. Should gaming be legalized there, the experience with pachinko bodes well for slots.

Well, there are 120 million Japanese people and 6 million devices that could be considered gaming machines. So that’s an exciting opportunity.

Australia is strictly a video market. When you launch in Nevada, will you include any stepper products?

The initial products we introduce in Nevada will be video, but we have plans to develop a stepper-type product using video as well. The games are becoming too complicated to use stepper only. Our new platform on the A560 will incorporate these developments.

How about server-based gaming? Is AGT involved?

I’m not a big server-based gaming fan. We’re keeping an eye on it and we’ll have the ability to incorporate our machines into the systems with the protocols and all that. We still believe the best way to market a machine is the traditional way, especially with extra video screens. You just asked a question about a stepper product, so that’s at the other end of the spectrum. We probably want that product sooner than we do a server-based product.

I’m also concerned about the results of server-based gaming. They just don’t stand up to traditional machines.

Len Ainsworth is a legend in the industry. You mentioned that helped you penetrate the Australian market. Does that help you in other markets?

Len has been a treasure to the industry. Everyone benefited from what he’s done. But the world’s a hard place. They judge you on your products and your abilities. So in the end, we have to prove ourselves. But the name “Len Ainsworth” gets us into a few doors.