U.S. sports wagering is the biggest issue driving the gaming industry today, but threats lurk that few are discussing. 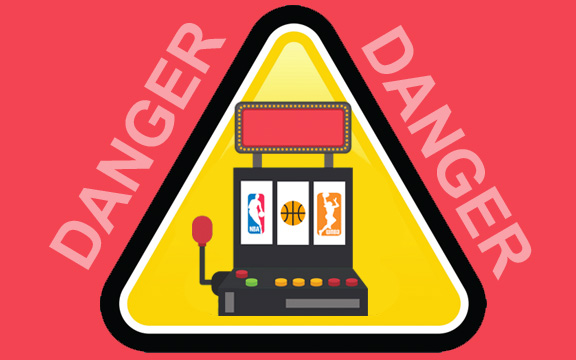 The legalization of sports wagering in the U.S. on a state-by-state basis is an exciting new development for the gaming industry. Based on my 20 years of experience dealing with sports wagering and related issues, however, I see a number of challenges worth debating.

Some of these issues must be addressed with high priority or the business could get on a wrong track, and its already-thin margins may get further squeezed.

Below are the top 10 points, together with a brief summary of each:

1. Money Laundering
The legalization of full sports wagering beyond Nevada might be the best thing that’s happened for money launderers. They can now launder money through sports books in two different jurisdictions by hedging their own bets, e.g., placing equal amount of wagers on the opposite sides of an event with two operators in two jurisdictions, thus ensuring they would get 95.5 percent of their money back.

Unless regulators in jurisdictions that offer sports wagering join forces to develop a cooperative process, these guys won’t be easily caught, because one state by itself cannot connect the dots beyond its own borders.

Without collaboration among regulators, the federal government will have a good excuse to intervene with legislation that could be more burdensome than a solution the industry could develop on its own. It’s conceivable that within a year or so we might see a 60 Minutes segment with FBI agents arresting an organized crime group that laundered money through sports books with the industry blamed for not intervening because it benefited from the extra handle.

2. Match-Fixing
Bad actors looking to fix the outcome of a game can now spread their wagers on two or more operators in different jurisdictions and have a much lower chance of getting caught than the days when sports betting was only legal in one state.

Nevada over the years developed policies and practices that involved a personal-level relationship between its enforcement division and the sports book employees, who were trained to look for issues relating to match fixing and money laundering. The regulators of different states and the gaming industry must develop a technology solution and a process to detect and deter match fixing and point shaving.

3. Insider Wagering
With legal sports wagering spreading over many states, the potential for insiders using non-public information for personal gain is now substantially higher than before. The current fragmented structure of wagering operations makes it much harder to identify bets made by insiders prior to the material information becoming public.

It appears that some leagues are doing their part by educating their athletes and employees on these matters; however, there’s a need for an integrated information technology solution between the leagues, the operators and the regulators to build a multi-state framework to address this threat.

4. New Systems
The sports wagering solutions developed by international software developers such as the ones from Europe need fine-tuning to meet the needs of the U.S. market.

For example, a simple issue of changing the European date format to the American format may involve a substantial amount of rework if the date format is embedded in different parts of the software rather than as a global configuration parameter. Another example could be related to the exact start time of a match for audit and reporting purposes. This could very well be an issue in the case of systems developed internationally in the last few years focused on combined pre-match and in-game wagering played online and on mobile devices. With these systems, the cutoff time between pre-match and in-game betting may get very blurry and can become an issue in some jurisdictions.

For example, lack of a clear match start time will not meet Nevada’s internal controls around the start time of a game, reporting requirements, system integrity for ensuring completeness of pre-match wagers and voided tickets.

Another deficiency could be lack of readily available reports for accrual accounting that U.S. operators need for tax purposes or SEC reporting if they’re public companies.

Another potential issue with newer systems could be that they’re made mainly for online wagering and might lack sufficient retail components for a ticket writer to quickly write a ticket to avoid long queues before a game starts. Moreover, if the system was built based on a legacy solution developed for the retail market and the manufacturer hastily mounts online and mobile components to it, there could be inherent architectural issues, making the system unstable.

5. Endangered Small Fish
There’s a need for a cooperative solution among operators to keep the big fish from sucking some of the operator’s juice, which ultimately comes from the small fish.

We saw this in poker, initially a thriving and booming business until the supply of big fish diminished. With the current fragmented structure spread among different operators in different states, sharps can develop inter-market arbitrage schemes to place wagers on and between different books and international betting exchanges, thus exploiting the vulnerability of smaller books as well as odds offered on events that have low liquidity.

If diehard fans consistently lose every month above their budgets, they’ll lose interest in betting and limit their wagers to special occasions such as the Super Bowl.

6. Limited Menu
Having a limited menu of events is a major drawback for legal books that want bettors to move away from the illegal offshore books, which typically offer a wide variety of events. If a bettor is interested in betting on international games such as soccer, this could be another good reason not to close his or her offshore account anytime soon.

There are technology solutions that could enable U.S. books to offer wagering opportunities on international events as intermediaries without taking monetary risks associated with such events.

7. Wire Act
The main reason behind the 1961 Wire Act was to combat illegal sports wagering—pre-internet, when no one knew anything about online gaming. It’s preposterous that some are now playing around with the wording of the act, convoluting the issue and using it as a scapegoat to delay the expansion of multi-state sports wagering and online gaming.

8. Integrity Fees and Politics
The sooner the integrity issue is resolved, the better for everybody. Maybe the industry gets together with the league owners to create a bigger political cloud than the one that recently reversed the DOJ’s opinion. The joint effort could be towards getting the federal government to repeal or update the Wire Act. Online gaming, sports wagering and land-based casinos feed off of each other and could benefit all stakeholders.

9. Tax Rate Differentials
States with high tax rates may find themselves at a disadvantage with operators who have books in multiple jurisdictions.

Multi-state operators could have inherent conflicts of interest with high-tax states when managing their risks in different states and calculating their own overall potential gains and losses on an event.

10. Tax Based on GGR
Sports wagering is a volatile business, and tax revenues based on gross gaming revenues are much more unpredictable than those generated from gaming GGR.

States looking for more consistent month-to-month tax revenues will have more predictable income if they receive their taxes based on an equivalent percentage of the total handle. For example, if a book loses $1 million on a golf tournament, the state will not only get any tax on all wagers placed during that tournament, but has to wait until the book recoups its loss from that event from the GGR of wagers placed on other events.