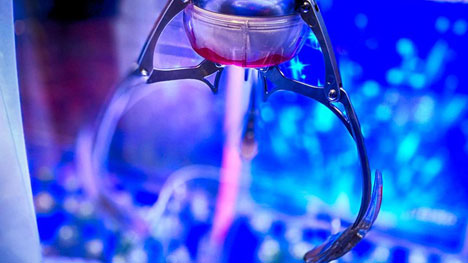 Customers at the D Las Vegas and sister property Circa in Downtown Las Vegas are crowding around the radical “Go Go Claw” game from Aruze, according to a report in the Las Vegas Review-Journal.

Go Go Claw resembles the claw machines at the arcade in which you manipulate a construction-style crane to grab trinkets, watches or other prizes. But in this case, you’re manipulating a claw with a joystick and touch-screen to grab plastic balls filled with bills representing cash prizes, and move them to a prize chute to win a credit award.

It is an RNG-based game that simulates the skill of the traditional arcade game. The player feels as if he or she is manipulating the claw while aiming to grab a plastic sphere representing a cash award, and drop it into a chute for a credit prize.

The return-to-player percentages are similar to those found in normal slot machines, and the two titles—“Cash Grab” and “Grab It!”—are presented in dollar denominations.