Online gaming delayed, may be repealed 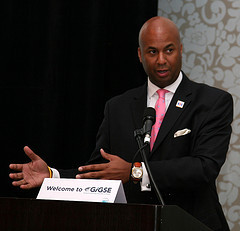 With Senators Harry Reid and Jon Kyl already opposed to the legalization of online gaming in the District of Columbia, opposition last month was revealed closer to home.

Two members of the Washington, D.C. City Council submitted a bill that would effectively repeal the law passed last spring that allowed the D.C. Lottery to institute online gaming at locations in the district. Councilmen Tommy Wells and Phil Mendelson object to the way the law was passed, as an amendment to the D.C. budget, which must be approved by Congress.

“Anything that is controversial really ought to be done in the light of day,” says Wells, as reported by GamblingCompliance. The language in the budget allows the D.C. Lottery to offer “both games of chance and skill on the internet.” Wells’ measure would permit the lottery to introduce new games, “except that online gaming shall be prohibited.”

Since the passage of the budget, the D.C. Lottery has set up a system that will accept registered players to take part in the games. The system was scheduled to launch in October only for free play, but has once again been delayed. Once a test period has been completed, the site will go live with cash games.

Michael A. Brown, the councilman who proposed the original bill, doesn’t believe the Wells-Mendelson bill will have much impact.

“I don’t think the repeal will have much momentum,” Brown told GamblingCompliance. “We want to make sure the technology is right but once those things are all geared up and we have as much public input as possible I think you’ll see implementation very soon.”

Brown  contends that, while D.C. may be the first to legalize online gaming, it will not be the last, citing bills being proposed in half a dozen states and the implementation of online gaming regulations in Nevada.