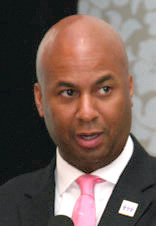 On June 29, the District of Columbia held its first public hearing on its plan to offer online gaming within its jurisdiction. Both supporters and opposition groups came out to weigh in on the controversial scheme, which some say is moving too rapidly.

D.C. passed the right to offer online gaming, known as I-Gaming, in December, making it the first jurisdiction in the U.S. to do so. The measure, introduced by independent council member Michael A. Brown, was part of a budget bill, and was devised to help with the district’s deficit. Congress had 30 days to shoot it down, but failed to act.

The D.C. Lottery plans to offer intrastate wagering on the internet site igamingdc.com on September 8, though according to lottery representatives, that date is flexible. As a buildup to the launch, D.C. will introduce a series of six non-wagering games on the site in the coming weeks to get players acclimated and to work out security measures. The games, which include the poker game Victory at Sea, blackjack, Texas hold’em, bingo, electronic instant tickets and Random Number Generated Games, will be offered at “hot spots” throughout the district. The hot spots, targeted at visitors to the city, would be rooms in hotels or other establishments that offer a wi-fi signal for i-gaming under a lottery-approved IP address.

One of the concerns brought up at the hearing was the use of public buildings as wagering hot spots, but D.C. Lottery officials made assurances that no libraries, schools, recreation centers or other public spaces would be used. The games would be restricted to people age 19 or older, and play would be strictly limited to those physically located in the district.

Buddy Roogow, executive director of the D.C. Lottery, said the lottery would use “location verification technologies” to verify the age and IP address of every player through a secure log-in.

Players will only be able to deposit $250 per week, and they must use debit cards and no credit cards. Players can also sign up for self-exclusions, or agreements that bar people with gambling problems from acting on their impulses. The maximum amount of money that can be lost in a year will be limited to $13,000.

Despite these modest figures, objectors to the program say the site has the possibility to attract gamblers that cannot afford such losses. They also believe that the estimated take for the district of $13 million over a four-year period, according to D.C. Chief Financial Officer Natwar M. Gandhi, is overinflated.

Nevertheless, D.C. Attorney General Irvin Nathan recently announced that the district’s plans are in compliance with the federal laws regarding internet wagering, and the lottery is proceeding. If D.C.’s experiment with legal internet gambling is a success, other states will be sure to follow.