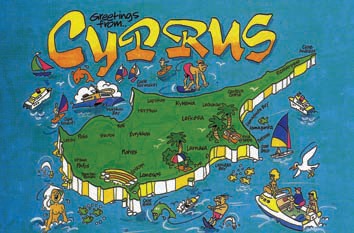 The government of Cyprus says it plans to award the Mediterranean island nation’s first resort casino license within a year.

The governing Conservative Party came to power last year on a pledge to rebuild an economy beset by a sovereign debt crisis that required an international financial bailout, and leaders have adopted the view that casinos can help boost tourism and promote foreign investment.

The island draws about 2 million tourists a year, with the sector representing about 10 percent of overall economic output, while many Greek Cypriots regularly cross into Northern Cyprus, a breakaway Turkish state recognized only by Ankara, to gamble in several casinos there.

The host community has yet to be identified, but regulations drawn up by the government and awaiting parliamentary approval envision one centrally located casino initially that would operate under a 30-year license, possibly with satellite venues, and pay a 15 percent tax on gaming revenue. The licensee will be subject also to a €2.5 million license fee in the first four years, rising to €5 million after that. The investment must include a five-star hotel with at least 500 rooms, and the casino must offer at least 100 table games and 1,000 machine games, although the operator could apply to a new National Gaming Authority for approval for more.

The casino will be exempted from the country’s smoking ban and will be allowed to serve alcohol.