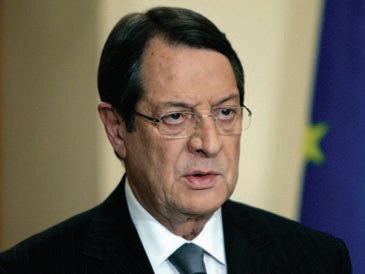 Cash-strapped Cyprus is planning to license casinos in a bid to lure big-spending tourists and keep Cypriots from patronizing casinos in the Turkish-occupied northern half of the island.

President Nicos Anastasiades says casinos are part of a larger plan to rejuvenate an economy that is expected to shrink by 13 percent over the next couple of years, with unemployment projected to soar despite a pending €10 billion bailout by international lenders.

The tiny Mediterranean country of less than 1 million people will shoulder €13 billion of overall bailout costs mainly by seizing up to 80 percent of bank deposits of more than €100,000 and by breaking up the moribund Laiki Bank and folding its performing assets into the Bank of Cyprus.

Plans are also in the works to distribute state- and church-owned land for cultivation and to allow individuals to stay on as renters whose homes or businesses are at risk of being seized because they’re unable to service their mortgages.

Anastasiades, who was elected in February in part on a pledge to legalize gambling, says the island will contribute €21 million to help subsidize salaries for 6,000 jobless that will be hired in the tourism sector.