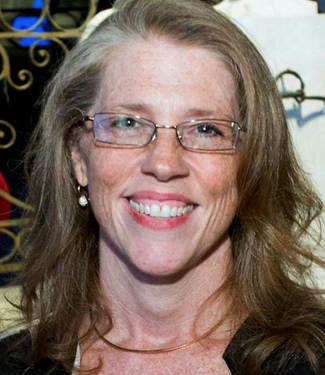 If you’ve been to G2E any of the last half-dozen years, you undoubtedly saw protests and demonstrations by Americans for Nonsmokers’ Rights, an organization dedicated to ridding the world of the evils of secondhand smoke. Cynthia Hallet has been involved in the organization for more than 20 years, and now serves as its CEO. She sat down with GGB Publisher Roger Gros at G2E in October to talk about how the pandemic has helped to spread the non-smoking message and why it’s now time to act. (SEE A VIDEO OF THIS PODCAST BELOW)

GGB: Your organization has made a lot of progress recently. How much of that was helped by the pandemic?

Cynthia Hallett: I think the Covid pandemic increased the awareness of the public, key stakeholders and elected officials about public health laws and how they can help protect public health, as this is a respiratory-born virus. And I think the science has improved that perception as proven by the number of casinos, whether it’s by state law, tribal policy or voluntarily opening smoke-free. And we now have lessons learned, and the fear that they’d lose substantial revenue is not accurate.

In New Jersey, Governor Phil Murphy said he was most concerned about citizens’ health, then allowed smoking to return to the Atlantic City casinos after the mask mandate was removed. Why did that happen?

Well, that’s an excellent question. I don’t know that I can answer that for the governor or for the state of New Jersey or even Nevada. But I do think that sometimes there’s pressure from other sources, and whether it’s one industry or another, whether it’s tobacco, or gaming or something else trying to say we need to get back to what the old norm was. But this pandemic has taught us that things are changing, and they need to change in order to protect health and safety. And if you look at Atlantic City, their revenues went up when compared the first quarter to 2019—they went up by 11 percent when it was temporarily smoke-free. So if people truly love gaming or the amenities that are in those buildings, they will show up anyway.

Atlantic City seems to be the poster child now for the non-smoking movement. You’ve got an organization of employees there that is pushing for it. How is that effort going right now?

It’s amazing. As a grassroots organization, we are always looking for the individuals who want to speak up and speak out about this because they’re affected by it. So this group of casino workers organized themselves because they were so upset that on July 4, 2021 smoking was reintroduced into the casinos, and they had that sweet moment of being able to go to work, not having to breathe the smoke. So now they’re angry. And that’s the worst type of employee to have to deal with, because they had that good experience and now it’s gone. Their effort now is to address the state legislature and try to get them to pass a bill that would ban smoking. And to his credit, the governor has said he would sign it if it came to his desk.

In the meantime, we’ve seen several tribal casinos that have reopened with a smoking ban. Have you spoken to any of those executives about what their experience has been?

We have. Over 160 tribal casinos, sovereign nations, have reopened smoke-free, which was phenomenal. Most of them have remained smoke-free, and we are hearing lots of positive remarks about it. The Navajo Nation recently passed legislation that made their casinos smoke-free. The tribes showed leadership early on in the pandemic and have paved the way for commercial casinos to follow suit.

A Wisconsin casino, Ho Chunk Gaming Madison, went smoke-free way before the pandemic and is doing just fine. Tell us that story.

Their decision was courageous. It’s now going on six years being a smoke-free casino. They adapted and are more successful than when they permitted smoking. They had this conversation about worker health and safety, and also about parity and equity. When you have executives on higher-level floors in smoke-free offices but everybody on the gaming floor is exposed to known carcinogens, that’s not equity. So it’s about worker health and safety, and then it is about the guest experience and their safety.