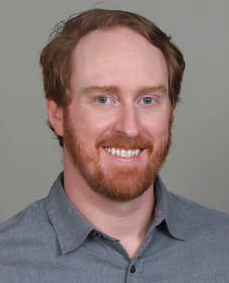 If there’s an underlying theme to Brett Colbert’s career in gaming, it’s curiosity. Born and raised near San Diego by two teachers who encouraged exploration, understanding and, thus, question-asking, he comes by it naturally. And, when a friend and member of the Barona Band of Mission Indians helped him land his first gig after college at Barona Resort & Casino, it served him well.

“When I started at Barona, my job was still fairly undefined,” says Colbert, but he soon found himself working with Will Dunn, then director of planning and analysis. Dunn was undertaking a project to help the operator better understand each game on the casino floor. He tasked Colbert with looking for patterns in play and trying to understand why the games performed the way they did.

“This was in the early days of Barona’s shift to what is now one of its core values: providing players the best possible experience,” says Colbert, and that ethos has driven his career ever since.

That work with Dunn led Colbert to a few online courses in data mining and ultimately Chuck Hickey’s slot analytics team at Barona, where he was really pushed to engage with the customer, walk the floor, and understand how players approached the casino and its games.

“Chuck was a great mentor,” he says. “He taught me how the slot industry worked, and how to work with vendors.”

Colbert was driven by the work, but knew he needed some hard skills to continue this path. Conveniently, the University of California, San Diego had launched a master’s program in data science, which he undertook and completed while still on the job at Barona.

“That got me over the hurdle,” says Colbert. “Everything really opened up from there.”

“He was a huge influence on me learning about slots and how to see things from the player’s point of view,” Colbert says. “We were walking the floor trying to solve a puzzle, analyzing data, talking to players, working with our vendors and their game designers. We were all learning together.”

After more than a decade of success at Barona, Colbert moved on in late 2020 to become director of product management, global gaming operations, at Scientific Games, where he helps drive games from concept to completion.

“As a data scientist, you really must be an expert in what you’re measuring to be successful,” he says. After getting to control the floor at Barona, selecting the games and where they went, he says he kind of hit a wall: “I had to make the jump to the vendor side to continue to grow my understanding of how the games work.”

While his new role is less focused on analytics, it’s still primarily driven by questions.

“We’re trying to find the signal in the noise, to see why games are performing the way they are. We’re asking: ‘What are our competitors doing? What are they making? Where is our performance by comparison? Why are we making the games the way we are?’”

Colbert is excited to be learning from Nathan Drane, Scientific Games’ senior VP of global product management, whose insights and understanding of games he describes as “beyond incredible.”

“I used to be able to pick a game and put it on the floor, put it to work, and analyze the data. Now, when I collaborate on a game concept, it’s going to take 18 months to get to market and another six months to see how it plays,” Colbert says. “That long cycle is a humbling challenge.”

Embracing that challenge speaks to the advice Colbert offers other young professionals in gaming:

“Strive to be comfortable being uncomfortable. Find mentors who are the best in their field and ask them how you can be better at what you want to do. Ask questions, make mistakes, and learn as much as you can.”