Why most analysts are wrong when predicting the future of Macau 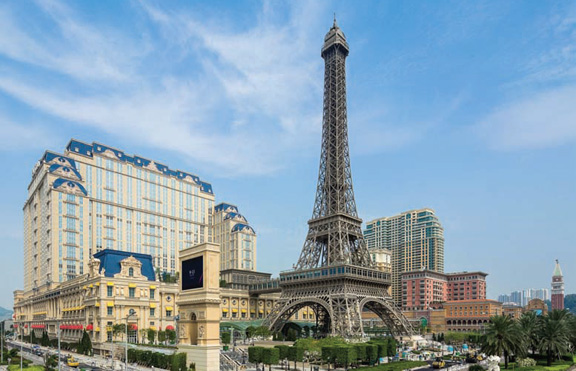 Predicting the future of any industry has always been an inexact science. It requires an examination of historical trends, possible changes in public policy, the application of a variety of macro-economic theories, the unlikely entry of a disruption industry that could emerge as a worthy competitor, and a substantial amount of guesswork.

The problem is, when it comes to Macau, more often than not the soothsayers have been unable to predict the future.

When predictions are made, word spreads quickly. The number of media outlets devoted to the casino industry has increased and amplified the distribution of news. Casinos are now part of the 24-hour news cycle; the industry has its own forums, dedicated writers and avid readership.

In addition to dozens of print publications, online media offer daily news briefs and commentary. This has created demand for news articles, whether they be professionally researched articles, insightful observations by industry professionals, or forecasts by gaming stock analysts.

Because of this demand for articles, occasionally, a prognosticator with nothing more than an opinion falls into the mix. So, well-researched analysis often appears side-by-side with opinions that are less than valid.

When it comes to predictions, Macau is particularly appealing because of its size, the volume of patrons it attracts, its out-sized gaming revenues and colorful cast of characters. It thus attracts the interest of a wide variety of pundits. Most truly understand the industry and provide an abundance of analysis to justify their predications. A few do not, yet they still have a voice.

From 2009, when the industry was in the grips of the worldwide recession, to 2013, as world markets recovered, Macau’s gross gaming revenue grew threefold from US$14.8 billion to US$44.8 billion. This unprecedented growth was fueled by dramatic increases in gaming and lodging supply, and occurred despite changes in public policy that placed restrictions on currency flows and inbound visas from mainland China.

This growth came to an abrupt halt in mid-2014 when the central government cracked down on public corruption. The industry has yet to fully recover.

Recently, analysts have attempted to apply macro-economic theory to explain the downturn as well as temporary slowdowns during this growth period. Some cited changes in a tightening of credit as a harbinger to periodic downturns and continue to use the same rationale to describe a possible downturn in 2019.

Nevertheless, what occurred in 2014 had nothing to do with credit policy, money supply or other economic bellwethers. In June 2014, the central government implemented its campaign on public corruption, which had an immediate and deleterious effect on Macau’s gaming revenue performance. The crackdown not only affected public officials but also impacted the spending patterns of wealthy individuals. Conspicuous consumption was no longer considered fashionable.

Despite this increase, analysts remained very cautious, citing competitive pressures from other Asian jurisdictions, a looming U.S.-China trade war, government monetary policy and implementation of a smoking ban. While all are valid reasons, the market nonetheless grew by 14 percent in 2018. Throughout that year, analysts continued to defend their positions, and their opinions were broadcast through various media outlets. The net result was decline in stock values with some concessionaries’ shares dropping by more than 30 percent.

The problem with predicting the future for a particular market is that once an argument is made, it becomes necessary to defend that position, even if trends illustrate otherwise.

As recently as February 2019, one analyst who had been down on the market throughout 2018 said, “Big gaming companies ended the year in the red, hurt in large part by weaker revenue in Macau.” Unfortunately, the data did not support the assertion made.

Another analyst made the argument that since the opening of Studio City, the Parisian, Wynn Cotai and MGM Cotai, most visitors had come and seen the properties and now have no reason to return.

“A few factors could be impacting Macau’s gaming industry, and none of them bode well for its long term,” the analyst said. “One is that new resort construction is nearly complete, which means that the tourists and gamblers who began visiting in 2016 to see the latest spectacles will no longer have fresh inducements to return.

“There will be some minor hotel additions over the next couple of years, but Melco, MGM, Wynn and Las Vegas Sands have all opened new resorts in the last few years, and none has a major expansion on the horizon,” the analyst continued.

This, of course, defies logic. Casino operators build new integrated resorts with the expectation that patrons will visit more than once while attracting new patrons from a wider catchment area.

The analyst further stated, “Competition from nearby countries like the Philippines, South Korea and Singapore could be siphoning off customers, spreading gaming revenue over a broader set of casinos. Macau used to be the only major gaming hub in Asia, but now the competition is fierce.”

This statement ignores the fact that Singapore has had integrated casino resorts since 2010; South Korea has offered a variety of foreigner-only casinos for decades, as has the Philippines; and Entertainment City has been largely built out since 2017.

Amid all the negative reports, most observers failed to mention the factors that helped boost Macau’s GGR in 2018, including the opening of the MGM Grand Cotai, the completion of the Hong Kong-Zhuhai-Macau Bridge, and continued increases in visitation.

As the positive trends played out in 2018, the pundits’ projections failed to materialize. This was not without consequence, as stock prices fell sharply year-over-year for most of the Macau operators. Nonetheless, these prognosticators continue to maintain narratives and issue seemingly endless revisions to walk back on their initial predictions.

Despite the continued words of caution issued by industry observers, the concessionaires remain very optimistic and are manifesting their optimism with significant capital investments.

The most immediate addition to the Cotai resort corridor will be the US$4.6 billion Grand Lisboa Palace. Slated to begin a phased opening in the second quarter of 2019, the property will include a total of 2,000 lodging keys divided among three hotel brands including the Grand Lisboa Palace, the Palazzo Versace Macau and the Karl Lagerfeld Hotel. Also included in the facility programming is a shopping mall and multiple food and beverage outlets. The property will connect to the Lisboeta Macau, an 820-key non-gaming hotel scheduled to open in late 2020.

By mid-2020, Galaxy will open Phase III. It will include a 10,000-seat arena, a 2,000-seat theater and an additional retail mall. Planning for Phase IV is under way, and is expected to include a variety of family-oriented attractions.

Rebranding of Sands Cotai Central into the Londoner Hotel-Casino will begin in earnest by mid-2019. In addition to a wholesale renovation and retheming of the casino, public areas and façade, the 1,200-room Holiday Inn will be converted to a 600-key, all-suite hotel. The St Regis Tower, which currently offers 400 lodging keys, will see an additional 370 suites added during the same time period. Across the street, the Four Seasons will open its 290-key Four Seasons Tower Suites.

The sum of all these capital improvements now approaches US$10 billion. This is not a small amount to invest in a market whose future performance is questionable.

A general pessimistic outlook is understandable, given trade tensions between the United States and China and a slow start to 2019 gaming revenue performance. Nonetheless, the fact remains that Macau sits on the Pearl River Delta and is easily accessible by ferry, car or rail to 120 million people. Massive improvements to infrastructure, including the recently opened bridge to Hong Kong, the 2020 opening of the first phase of the Macau Light Rail Transit system and continued improvements to the Macau International Airport will allow visitors convenient access to an ever-growing number of attractions.

Pundits can say what they want, and their opinions can be easily broadcast, but as long as the concessionaires address the concerns of central planners and continue to invest in their assets, tourism and visitor spending will grow.