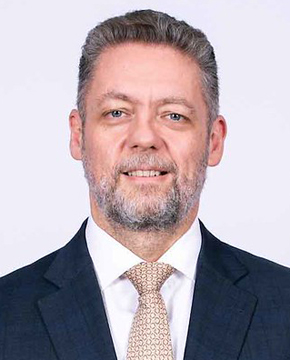 According to Crown, the change will take effect September 30, with McCann staying on for a short period to help guide the transition.

The company also announced a number of other appointments: Bill McBeath (below), former CEO of the Cosmopolitan of Las Vegas, is the new company chairman; John van der Wielen, former head of HBF Health, is the new chairman of Crown Perth; and John Borghetti has been named chairman of Crown Sydney after previously serving as managing director of Virgin Australia.

The news comes shortly after Crown was officially acquired by Blackstone Group. Chris Tynan, Blackstone’s head of real estate Australia, thanked McCann for “his leadership over the last 13 months, including implementing a strong reform and remediation plan and improving the culture of Crown Resorts.”

Tynan also welcomed the new hire by calling Carruthers a “highly experienced and respected industry veteran who shares our commitment to continuing the transformation at Crown and delivering an exceptional experience for all visitors.”

McBeath comes on board after Blackstone finalized the sale of the Cosmopolitan, which McBeath had revitalized over the last several years.

Prior to running the Cosmopolitan, McBeath spent his career with MGM Resorts and Mirage Resorts, running such properties as the Mirage, MGM Grand and Aria.