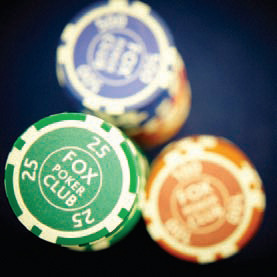 Malaysia’s Daily Sun reported that Genting Malaysia told the local stock exchange, “The price was financed by internally generated funds and Gencas will not assume any liabilities (including contingent liabilities and guarantees) pursuant to the acquisition. The acquisition was completed immediately after the execution of the agreement.”

The Fox Poker Club was founded by Chris North and Ian Hogg in 2005 in response to demand created by online poker and television. The club received a full U.K. casino license in 2008 and opened in September 2010 after securing funds of around £1 million.

The Fox is London’s only fully licensed and dedicated poker club. It currently employs over 80 staff and has signed more than 20,000 members in just over 12 months. The club’s website reports it is making a “healthy profit and is experiencing record week-on-week trading.”

North, managing director of Fox Poker Club, said of the sale to Genting, “It was always a dream of mine to open a poker club in London, and although it’s been a real challenge, with delayed openings and not getting our 24-hour license until July this year, I’m extremely proud of what we’ve achieved.”