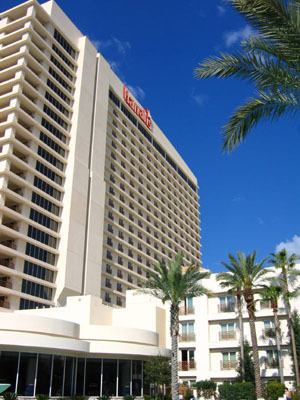 California effectively taxes gaming tribes when it demands to share casino revenue in return for allowing already-guaranteed exclusive rights to offer slot machines, a federal judge says. Taxing tribes is illegal under federal law, and the state must offer something more substantial to share revenue legally, according to the judge.

Last week’s ruling for the Rincon Band of Mission Indians could affect tribes, state governors and gaming compact negotiations nationwide, some reports said. Others noted that it may simply give California tribes leverage in compact negotiations, depending on the outcome of the state’s planned appeal.

U.S. Magistrate Judge William McCurine Jr. in San Diego gave the state and Rincon 60 days to renegotiate a compact covering the Harrah’s Rincon Casino and Resort near Valley Center. The casino runs 1,600 slot machines. The tribe has been trying since 2003 to get 400 to 900 more to compete with tribes that agreed to share revenue on thousands more machines.

Governor Arnold Schwarzenegger was ready to amend Rincon’s 1999 compact for 900 new slots in 2006, but he wanted revenue the state calculated at $37 million a year while leaving Rincon an additional profit of $1.7 million. Rincon says the state sum would have equaled 79 percent of casino profits. (In 2005, the tribe kept $61 million of $250 million in casino revenue.)

The state conducted those negotiations in bad faith, McCurine wrote in his opinion. “It is difficult to regard the state’s proposed plan as anything more than a tax when it functions as a tax,” he said.

Shared revenue would go to the state general fund at Schwarzenegger’s insistence. But federal law allows tribal gamers only to pay fees for specific purposes such as mitigating casino impacts, the judge wrote.

The court saw the state’s offer of an exclusivity zone for slot operation, where revenue sharing would cease if non-tribal gaming machines started, as an intangible redundancy under existing law. Commercial gaming machines are illegal under the state constitution, and the amendment to it that authorized tribal casinos allows only tribes to run slots. “The state must provide other meaningful concessions to Rincon,” the judge wrote.

“We are disappointed in this unprecedented trial court decision,” said a Schwarzenegger spokesman who denied bad-faith dealings. The state last week was seeking a stay on the order to negotiate a new compact within 60 days. Beyond that deadline, the state and the tribe would face mediation.