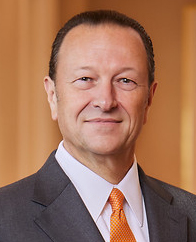 Wynn Macau Ltd. President Ian Michael Coughlan will step down from his role at the conclusion of his current contract, which runs through February 28, 2023. The news was announced by parent company Wynn Resorts Ltd.

According to Wynn, Coughlan will stay with the company in an advisory role through the end of 2023. He will also remain on the company’s board of directors in a non-executive position until its next general meeting, which is scheduled for May 2023.

The company will promote current Vice Chairman Linda Chen to the role of president, effective March 1.

Coughlan has been with Wynn since 2007, and assumed the presidency of Wynn Macau after the departure of Gamil Aziz in late 2016. He is seen by many around the industry as a solid, steady leader who helped Wynn transition as a company after former CEO Steve Wynn’s fall from grace in 2018.