Two bills that would legalize internet gaming introduced in House 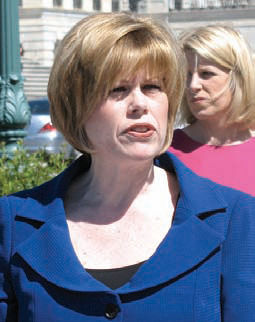 After months of inaction on i-gaming, a flurry of activity in Congress put the issue on the House floor.

In addition to the bill introduced by Reps. Barney Frank (D-Massachusetts) and John Campbell (R-California), Congressman Jim McDermott (D-Washington) inserted his own bill last month, HR 2230, the Internet Gambling Regulation and Tax Enforcement Act, to the House Financial Services Committee. It was déjà-vu all over again as the McDermott bill is identical to the one he submitted in the last session, just like the Frank bill.

McDermott’s bill does not directly legalize online gaming. It merely sets up a regulatory scheme and a tax schedule, so it complements the legalization that would occur with the Frank bill. The bill requires online casinos to withhold a percentage of the winnings of players—28 percent, the same tax applied to winnings at land-based casinos or lotteries. The online casino companies would be required to submit financial reports about deposits, payouts and detailed information about gamblers.

The bill would also impose a 2 percent tax on the deposits of players in the accounts of the online gaming providers, with individual states having the option to tax the companies at 6 percent of all deposits. Unlicensed online gaming operators would pay a tax of 50 percent of monthly deposits under the bill.

According to McDermott’s bill, 25 percent of the taxes collected would fund programs that focus on foster or disadvantaged children, and most of the remaining taxes would go to the general treasury.

Unlike last year, however, the bill has an “opt-in” feature. If states or tribes want to participate, they have to inform the federal government and will not be included unless they do so.

Campbell told an audience at the online gaming conference GIGSE in San Francisco last month that he doesn’t believe that tax receipts should be the primary reason to legalize i-gaming.

“Tax revenues are nice,” he said, “but it makes it sound like we’re justifying the legalization of something bad for the good of taxes.”

Meanwhile, Rep. Joe Barton (R-Texas) is preparing to introduce a bill to legalize online poker. Barton’s bill will reportedly contain language outlining the regulatory scheme as well as the tax rate. Barton’s bill will argue that “poker is a game of skill, not chance” and therefore is not true “gambling.”

It is expected that Barton’s bill will be similar to the bill that is being crafted in the Senate by Majority Leader Harry Reid (D-Nevada). Supported by the land-based gaming industry, Reid’s bill sets a tax rate of 16 percent and punishes companies that continued to accept U.S. wagers after the passage of the Unlawful Internet Gaming Enforcement Act in 2006.

Whether the Frank/Campbell and the McDermott bills will even get a hearing, however, is questionable. Frank was the chairman of the committee last year, but since the Republicans took over the House, outspoken online gaming opponent Spencer Bachus is chairman, and he has said he will refuse to hold hearings.

Because of that threat, Barton plans to funnel his bill to the House Energy and Commerce Committee, of which he is a member. Chairwoman Rep. Mary Bono Mack (R-California) is reportedly more favorable to such an online poker bill.

Many experts believe that the tax rate outlined by McDermott’s bill is excessive and will doom any efforts to create an atmosphere where legal, regulated online poker can thrive in the U.S. France recently legalized online gaming with a higher tax rate than any other European country. Online gaming has struggled to thrive there. In British Columbia and Quebec, Canada, the two provinces are making progress but their provincially owned and operated online gaming sites still only control 25 percent of the market in their own jurisdictions.

Experts believe that unless the U.S. is prepared to shut down unlicensed and unregulated online gaming sites—a move that would undoubtedly trigger litigation—a high tax rate could kill the industry before it gets under way.