Parimutuel provision could hinder bill in the House 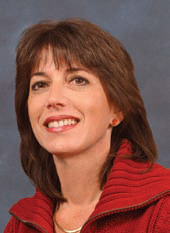 The so-called “destination resort” legislation would allow up to three $2 billion casinos in Miami-Dade and Broward counties, create a state gaming commission, require voter approval in each county where a resort is planned, prohibit any new parimutuel permits and regulate so-called internet cafés. About 1,000 of the cafés, which claim to operate as sweepstakes, not gambling, have cropped up in shopping centers around the state; critics say they prey on the poor and increase crime.

An amendment to the casino bill, tacked on over Bogdanoff’s objections by Senators Charlie Dean and Maria Sachs, would give South Florida parimutuels the same casino games and tax rate as the larger gaming halls (10 percent).

According to the Miami Herald, that amendment could prove fatal to the proposed legislation, especially in the House, where support for expanded gaming is minimal. The bill’s co-sponsor, Rep. Erik Fresen, said the plan was designed to limit gaming to destination resorts, and eliminate lesser forms of gambling like dog and horse tracks and even the state lottery.

In a prior version of the bill, parimutuels would have had to pay $125 million for an expanded gaming license, the same fee proposed for destination resorts. They would also have had to pay an 18 percent tax on slot machines, instead of the 35 percent they currently pay.

The changes—18 amendments in all—weren’t enough for one of the bill’s chief naysayers, Senator John Thrasher of St. Augustine. “I’m not sure that the amendments in the strike all have made it better,” Thrasher griped. “Frankly, I think they have made it worse.”

Bogdanoff said the vote is just “the beginning of the discussion.”