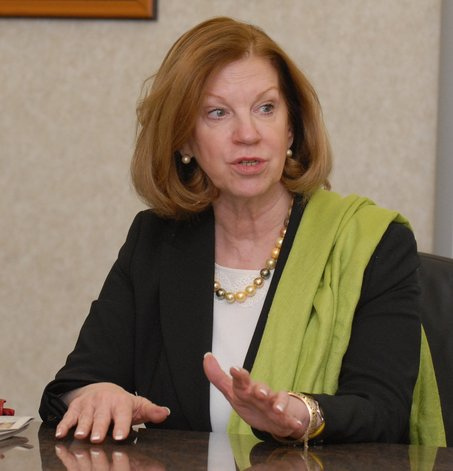 The Massachusetts Senate leadership is readying to release the “core of the outline” of a bill that would authorize three resort casinos but, unlike the House bill passed in April, would not include four racinos as part of the mix.

The Senate first had a closed-door meeting on the bill and then began hearings in mid-June. No one is yet predicting when it will come up for a vote, although Senate President Therese Murray had earlier predicted that a bill would be adopted by July.

This sets up a collision course with the House, whose Speaker, Robert DeLeo, powered through a bill on a vote of 120-37 that allowed all four of the Bay State’s racetracks, including two in his district, to add 750 slots each. According to some Senate leaders, senators themselves are split “all over the place” on the issue of racinos.

DeLeo was sticking to his guns, with a spokesman saying, “Speaker DeLeo remains committed to the gaming and jobs legislation passed overwhelmingly by the House in April.”

The Senate plan would establish zones wherein casinos could be located, but does not say exactly where each casino would be sited.

Likely to favor the Senate plan is Governor Deval Patrick, whose own plan two years ago was very similar. DeLeo’s predecessor killed that plan in the House.

The Senate plan, also unlike the House version, sets aside a spot for an Indian casino. The House bill had been criticized by many for failing to consider the impact of Indian gaming on the market.

Patrick warned the town of Fall River not to get ahead of itself in its excitement about forming a partnership with the Mashpee Wampanoag tribe. According to the Standard Times, Patrick said Fall River “needs to take a deep breath,” noting that no legislation has been passed, and that even if it does, Fall River will have to compete for the privilege of hosting the casino.

The proposal includes a casino, three hotels, retail shopping, a convention center and a spa.