The Code of Conduct a decade later 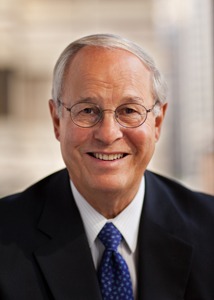 This year marks the 10th anniversary of the Code of Conduct for Responsible Gaming, but the truth is our industry’s commitment to responsible gaming stretches back much further than one decade.

In fact, when we at the American Gaming Association sat down with our board for our first meeting in 1995, how to properly address responsible gaming as an industry was one of the very first items on the agenda. Six years later, in 2001, the day our board approved the code is one of my proudest moments as president and CEO of the AGA.

Developing the code was no small task. Getting the members of any association to agree on a code by which they will all abide is never easy, and ours were no exception. But through the efforts over several months of more than a dozen member representatives and our staff, the code was developed and approved.

The result is a living document that serves as a pledge from the AGA and its member companies to employees, patrons and the community to make responsible gaming an integral part of the industry’s daily operations. It also is the final product of some of the best collaboration our industry has ever done.

The fact that the code is still relevant today is a testament to not only that hard work, but the fact that its implementation has been a success—when it comes to the Code of Conduct, we in the commercial gaming industry have indeed practiced what we preach. We are proud of it, our member companies strictly adhere to it, and regulators respect it. The code has stood the test of time and even gone on to serve as a model for the development of comprehensive responsible gaming programs internationally.

As you may know by now, to coincide with its 10th anniversary, the AGA has released an updated and revised Code of Conduct for Responsible Gaming. This updated code remains a comprehensive document that addresses all aspects of our business—from employee education to advertising and funding responsible gaming research. However, the ways in which we communicate about responsible gaming, with both our employees and customers, have evolved in the last 10 years. This update recognizes that evolution.

Just as we did 10 years ago, we assembled a working group of legal, regulatory, compliance, communications and marketing professionals representing AGA member companies and worked for several months to put this updated code together. It was approved by the AGA board of directors in October 2012.

It is worth pointing out that, by and large, these changes are minor. That the code required so little adjustment after all this time is, perhaps, a testament to its staying power and the comprehensive nature of its original provisions. The basic tenants of how we address responsible gaming remain consistent.

Simply put: The updated code reflects the way we do modern business. Compared to a decade ago, our interaction with customers has shifted online, using various websites and social media channels to market our entertainment product; also, the ways we deliver our products and services have expanded just as our businesses have diversified.

While on the topic of our dedication to responsible gaming, I want to mention a recent study that was completed by a team led by a University of Iowa psychiatry professor who has been researching gambling for over two decades.

In short, the in-depth study reaffirms what research by Harvard Medical School and countless others have found: that the number of people with gambling problems did not rise in Iowa despite the increased number of casinos in the state. (In fact, both of these numbers decreased, compared to findings from similar studies conducted in the mid ’90s.)

I mention this not to diminish a problem that we take seriously, but rather the opposite. While these and other studies confirm that about 1 percent of the adult population suffers from pathological gambling, our commitment to this issue cannot ever waver.

The fact is we don’t want problem gamblers in our casinos. Even though 99 percent of the people who come to our properties can gamble responsibly, we have the moral obligation to help those who cannot. And we have a responsibility to educate our employees and customers. The code solidifies these obligations.

In fact, there is scientific evidence that education can in fact help prevent gambling disorders, and it is why we continue striving to help people understand the odds, know how our games work and encourage responsible decision-making. Efforts such as posting information on where to get help and how to self-exclude from casinos are original provisions from the code that have had a proven, positive impact on responsible gaming.

I should note that because of the specific issues and complexities raised by online gambling, this updated code does not include provisions relating to online, social or mobile gambling. A separate code to address those platforms in the future would likely use the 2011 AGA Code of Conduct for U.S. Licensed Online Poker Companies as its basis.

The 10th anniversary of the code and the release of this update are an opportunity to re-educate our employees, regulators and the public about the industry’s commitment to responsible gaming and how elements of the code impact their daily lives.

I encourage you to take the time to review the updated Code of Conduct, talk to your employees or employer about it, and join us in ensuring that the code remains a critical benchmark for how our industry addresses responsible gaming in the next decade and beyond.