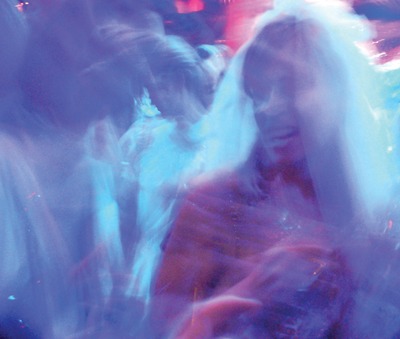 The social importance of nightclubs has created a phenomenal demand along the Las Vegas Strip for bigger and better clubs. It also has created a new liability for casinos.

The clubs satisfy the thirst of primarily the most recent generations. If you have not been a part of the nightclub scene in recent years, the size and attitudes of nightclubs have changed. The most dramatic change that is present is the cost of going to one.

The general public who is not used to these environments still believes that they can go to a nightclub, find a seat and just have a couple of drinks, dance, and have a good time. They become quickly aware that this is not the case.

They are unaware that you must buy a bottle of liquor or a seat for sometimes hundreds, or even thousands of dollars for more private locations. They also find out that after waiting in line these venues do not provide seats for any of the thousands of customers who pay a cover charge for the privilege of entering the sometimes-sacred domain.

Alcohol management seems to have been pushed to the side in some operations, with bottles and servers selling alcohol without regard to intoxication levels or condition of guests. The selling of a full bottle of alcohol to two people who consume it in a relatively short period of time will certainly produce dangerous levels of intoxication.

The most recent series of events involving Prive’ at Planet Hollywood in Las Vegas demonstrated to the gaming industry that the cash-rich business of leasing to nightclub operators is not an insulated way of creating lease revenues with minimal risks. Planet Hollywood was assessed fines that were negotiated down to $500,000 based on Nevada laws that require licensees to operate in a defined and suitable method, to include any leased operation.

Local and state regulators are also apparently monitoring how many calls to the police or emergency medical services are related to a nightclub, and are noting any increase in calls, and comparing them to other venues to determine who is really attempting to manage security and who is not.

An examination of trial records in Clark County, Nevada, including expert testimony in nightclub security, makes it obvious that juries do not always think nightclubs are as safe as the proprietors think they are.

Because these venues produce revenues to the local governments, the shutdown of a nightclub historically is a rare and unusual event, and assessing fines is even rarer. The occasional written warnings issued have not historically been taken seriously by the gaming property or the nightclub operator. The fines historically assessed were insignificant as compared to the revenues involved-until now.

The publicity generated by the actions of the Nevada gaming regulators in the Planet Hollywood fine and the operational issues at Prive’ nightclub was a wake-up call to all gaming operations regarding the nightclubs on their properties, whether operated by the owner or leased as an independent venture. The local government initially revoked the liquor license after the state took its action.

The bottom line is if you want to protect your privileged gaming license, you need to oversee and assure leased operations are complying with local laws and ordinances, and that the operations are functioning in a professional manner to protect the public and comply with basic local regulatory mandates.

What this series of events has demonstrated is that gaming facility management and owners must have a more hands-on approach with leased operations that fall within their walls. Many executives and owners are assessing whether the operation of a nightclub is something they want to directly manage or continue to lease and manage the security within the operation. The significant revenues generated create the motivation for an acceptable solution.

The liability exposure has also changed as a result of all of this activity. The basic legal duty to reasonably protect the customers within the establishment has not changed, but the involvement of the gaming management in the security function certainly will erode the owner’s insulation from liability.

Lease Agreements
The lease agreements should be reviewed and renegotiated to include the operational mandates by the regulating gaming body for suitable operations. Specific language to allow unlimited and unrestricted access by the gaming licensee’s security or management personnel also is important. Formal notification of nightclub-related incidents to either party should also be mandated to allow proper assessment of the operation and make changes as necessary. Some gaming facilities now require a proprietary security representative be in the nightclub any time it is in operation.

Corporate attorneys should be made fully aware of the issues and incorporate language to protect the gaming facility as much as possible, require penalties for non-compliance, and produce a separate and distinct security addendum to the master lease that can be modified and managed by the security managers without divulging other non-security-sensitive lease provisions to middle managers.

Based on the additional management and security involvement that will be present, consideration for reimbursements should be made to offset the direct and indirect expenses that will be incurred by the gaming property to monitor and oversee the security operation.

Communication
Forcing a weekly meeting between the management of the casino-hotel and the nightclub operator should address any issues and cooperative efforts between entities. Comprehensive documentation of incidents involving the operation should be maintained, along with meeting minutes to further demonstrate compliance.

Based on the recent history in nightclubs in Las Vegas, the venue should be mandated to complete specific briefings as each security officer comes on shift, and to document the briefing. These briefing logs should be forwarded to the gaming property security director for review and action if necessary.

Room Capacities
Logs from the ingress/egress location also should be monitored by the gaming facility. Room capacities can have an effect on incidents, and will demonstrate if the leased operation is managing the “door” effectively. Capacity logs for at least every hour and ideally every 30 minutes will be useful for effective analysis and making management decisions.

Door logs should also contain a brief entry of incidents and unusual activity that is not memorialized in a written report. As an example, monitoring of intoxicated females leaving a nightclub with unknown males should be documented with names and identification in this log to assist in law enforcement investigations in the event of a sexual assault. It also lets potential aggressors know their names are documented.

Formalized Security Plan
Nightclubs should present a formalized security plan, to include dealing with intoxicated patrons, no-tolerance drug policies and other management of social behaviors, to the gaming property-and should be held to the document. Careful review by qualified internal security personnel or outside licensed security consultants should be done with documentation to demonstrate emphasis on providing professional security in nightclub venues.

Procedures for dealing with common and recognized nightclub incidents should be memorialized in the policies and procedures as desired by the gaming property and the nightclub operator. Mandated background checks, minimal training requirements, comprehensive emergency procedures and alcohol management procedures should all be included in a formalized document that is approved by both sides.

The security and surveillance departments should also have access to live and recorded CCTV surveillance of the holding room and venue, to monitor the leased nightclub’s compliance to laws, regulations and procedures approved without becoming directly involved in a leased operation’s incident.

Training
The need for training is evidenced by the actions being reported in various nightclubs. A formalized training program should be mandated and monitored. The nightclub security personnel should be trained in the functions that they will regularly be expected to perform.

If security personnel are to respond to fights or other incidents that a typical nightclub will experience, they should have the training to deal with it professionally. Non-violent de-escalation skills, defensive tactics, handcuffing, laws of arrest, liability, managing incidents, emergency operations, and report-writing are some of the topics that should be considered. Alcohol management training should be ongoing at the facility level, and not just every time a required alcohol card is renewed.

Outside instructors should also be considered for a well-rounded training program. Local police or regulatory personnel will typically have personnel and education programs available to train security staff in club drugs, date rape and sexual assault, prostitution, fraud and identification checks, typically free of charge. These are critical training areas that require documentation.

Because the security personnel inside of a nightclub deal with the safety and well-being of thousands of patrons, there should be an independent background check completed by a competent employee or outside agency. Documentation of the background check also is important.

Shopping and Spotters
Use of spotters inside the nightclub is a tool that can monitor the whole program. Service, public relations and attitudes can be monitored by outside persons to help manage the venue. These spotters can also look at security employees, but they typically do not have the expertise to determine whether proper security protocols are being followed.

Creative monitoring of nightclubs can be done by security professionals on a trade-out basis, or professionals can be retained. Make sure they are licensed to perform whatever service you desire. Formal requests, in writing, for local law enforcement to come in and check the venue will go a long way in determining if you have a problem. It will also involve them in assessing your operation before you have a major problem.

Inside and Outside Review
After the nightclub and the gaming property have worked out all the details of the security plans, and have defined the methods to comply with local laws and regulations, the system will need to be checked for compliance. Internal auditors can be utilized to check the paper trail on reports and logs, as well as monitoring of the door counts for lease provisions on revenues and rent.

Consideration should be made to have a professional outside security consultant do an annual review of the entire nightclub operation. A report documenting the results will certainly go a long way in proving compliance. Mandating that the nightclub will pay for the professional security audit and report would certainly be appropriate.

Careful consideration should be made before using the property security director in this function, to assure they are well-educated on industry issues and standards of care, and that they will be able to withstand rigid scrutiny in the event of a regulatory issue.