Ladbrokes to shutter more than 100 locations 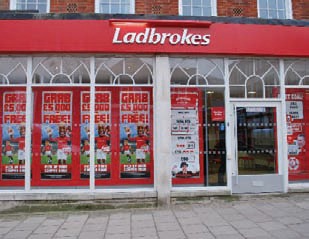 Ladbrokes Plc., which runs thousands of betting shops in the U.K., has announced it will close up to 150 betting shops due to a hike in the tax rate. The shutdowns will reduce the company’s retail betting portfolio to 2,150 shops, reported the Financial Times.

In 2014, William Hill closed 100 shops in the U.K., and Gala Coral closed 25. A change in regulatory requirements for U.K. high-street bookmakers raised the duty on machine games from 20 percent to 25 percent as of March 1.

The big three bookmakers in the U.K. have come under fire over the increase in betting shops and the rise of fixed-odds betting terminals, sometimes called “the crack cocaine of betting.” FOBTs rake in £1.6 billion (US$2.42 billion) in profits a year.

In recent months, the bookmakers tried to avert strong government action by launching a major advertising campaign to educate the public about the risks of problem gambling. The campaign was underwritten by Ladbrokes, William Hill, Coral and Paddy Power.

Ladbrokes is also searching for a new CEO to replace the outgoing Richard Glynn, who announced he would step down in December.