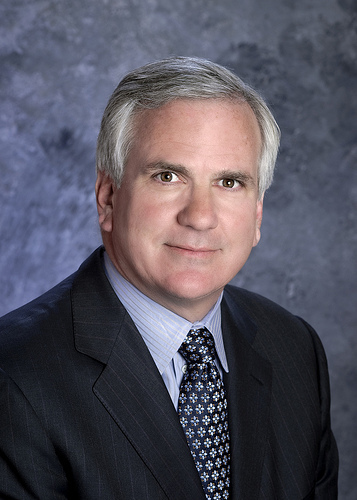 Dan Gilbert was front and center in the national media last spring, when as owner of the NBA Cleveland Cavaliers, he was a focal point when superstar Lebron James decided to move his show to Miami. Gilbert was understandably upset, but he’s got a few other things in the fire to keep him busy.

The founder of Quicken Loans, one of the nation’s leading home mortgage companies, Gilbert was a partner with Penn National Gaming in 2009 in a referendum to approve gaming in Ohio. When it passed—after years of failed ballot questions—Gilbert was granted the authority to develop casinos in Cleveland and Cincinnati (two other casinos in Toledo and Columbus will be owned and operated by Penn National).

Heading up this effort, called Rock Gaming, is Matt Cullen, who had spent 29 years in Detroit as general manager of economic development and enterprise services for General Motors. Cullen’s expertise in dealing with government and business will serve him well as he navigates the shifting sands of urban casino development.

Rock Gaming chose Caesars Entertainment to be its operating partner, a choice that Cullen calls fortuitous.

“We felt that Caesars gave us the best breadth relative to brands, capacity, infrastructure, the Total Rewards program and other things,” he says.

The goal of the casinos, however, is urban revitalization. In Cincinnati, the city is building a light rail system that will connect to the casino and draw people to its downtown location. In Cleveland, the Quicken Loans Arena where the Cavaliers and a minor league hockey team play is the magnet, and the casino will increase the critical mass of attractions there.

“The focus of the referendum was urban redevelopment and the sense that the urban core had to be a key part of a strong region,” says Cullen. “In Cleveland, we looked at the city and saw a city that had great bones, but not enough people, not enough action, so we thought about what we could do there.”

Cullen and Gilbert looked to the experience of gaming in Detroit, where three urban casinos have helped to bring people back downtown.

“One of the major drivers of the 24/7 action in Detroit is the gaming operations,” says Cullen. “So when we considered how that would impact Cleveland, we realized the casino business would benefit the city by creating the most jobs and tax revenue.”

It was the fifth referendum to be held in Ohio on gaming in the past 20 years, and the only successful one. Cullen says it was the benefits gaming would bring to the state that convinced the voters.

“The previous referendum, just two years prior to our success, would have put a single casino out in a cornfield somewhere between Dayton and Cincinnati,” he explains. “I don’t think people got it. They didn’t see the benefits. We’re using the business to leverage an urban redevelopment strategy that clearly was going to be important for the regions. Secondly, we went out and polled a lot of people about what they thought would be the right number of casinos. The size, the operating hours, the locations… They were all contained in the referendum itself so there would be no surprises.”