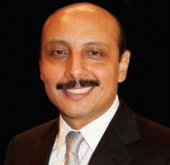 Mexico is in the process of updating its nearly 70-year-old gambling laws to clarify numerous provisions. The new laws could be finalized later this year. SEGOB, the branch of Mexico’s Interior Ministry that oversees gaming issues, also is stepping up activities in regard to illegal gambling. In October, the government declared casino permit holders may not lease their concessions to other operators and also reduced the span of a casino permit from 40 years to 25 years.

In a recent crackdown, the Mexican Auditors Tax Administration shut down the Golden Island Casino and Casino Life in Merida over tax irregularities. In addition, the Circus Casino was closed for operating without a permit and failing to issue tax receipts. Another three of the city’s four remaining casinos closed voluntarily. Only Juega Juega remains open.

In addition, last month 24 betting and slots operations closed in northern Mexico, including the Playboy Club casino in Cancun. All of these facilities were operated by Entretenimiento De Mexico, or EMEX. As a result, SEGOB revoked EMEX’s permit that was issued by the government of former President Vicente Fox in 2005.

EMEX is headed by Juan Jose Rojas-Cardona, the so-called casino czar who was arrested in 1994 in New Mexico with 17 pounds of marijuana in the trunk of his rental car. Rojas-Cardona skipped bail but the charges were later dismissed, leading to some speculation that Rojas-Cardona had become a federal informant. He’s been accused of defrauding gaming device maker Aristocrat Technologies and Michigan’s Lac Vieux Desert Band of Indians. In 2007 he was the target of a failed assassination attempt that killed his driver.